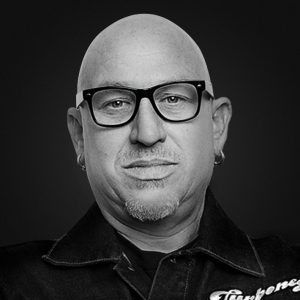 Tim Pyles hosts 91X’s Loudspeaker and FTW shows on Sundays. He’s also known as the local San Diego music guru, and you can find his stickers pretty much anywhere in San Diego. In addition to working at 91X, he books shows at the Casbah and is a co-host on SoundDiego.

Tim was in a short-lived band called The Banana Seeds and has shaken the hands of Robert Plant and Mick Jagger. You could also find him walking his five dogs; Chloe, Mojo, Macy, Calvin and Maya.