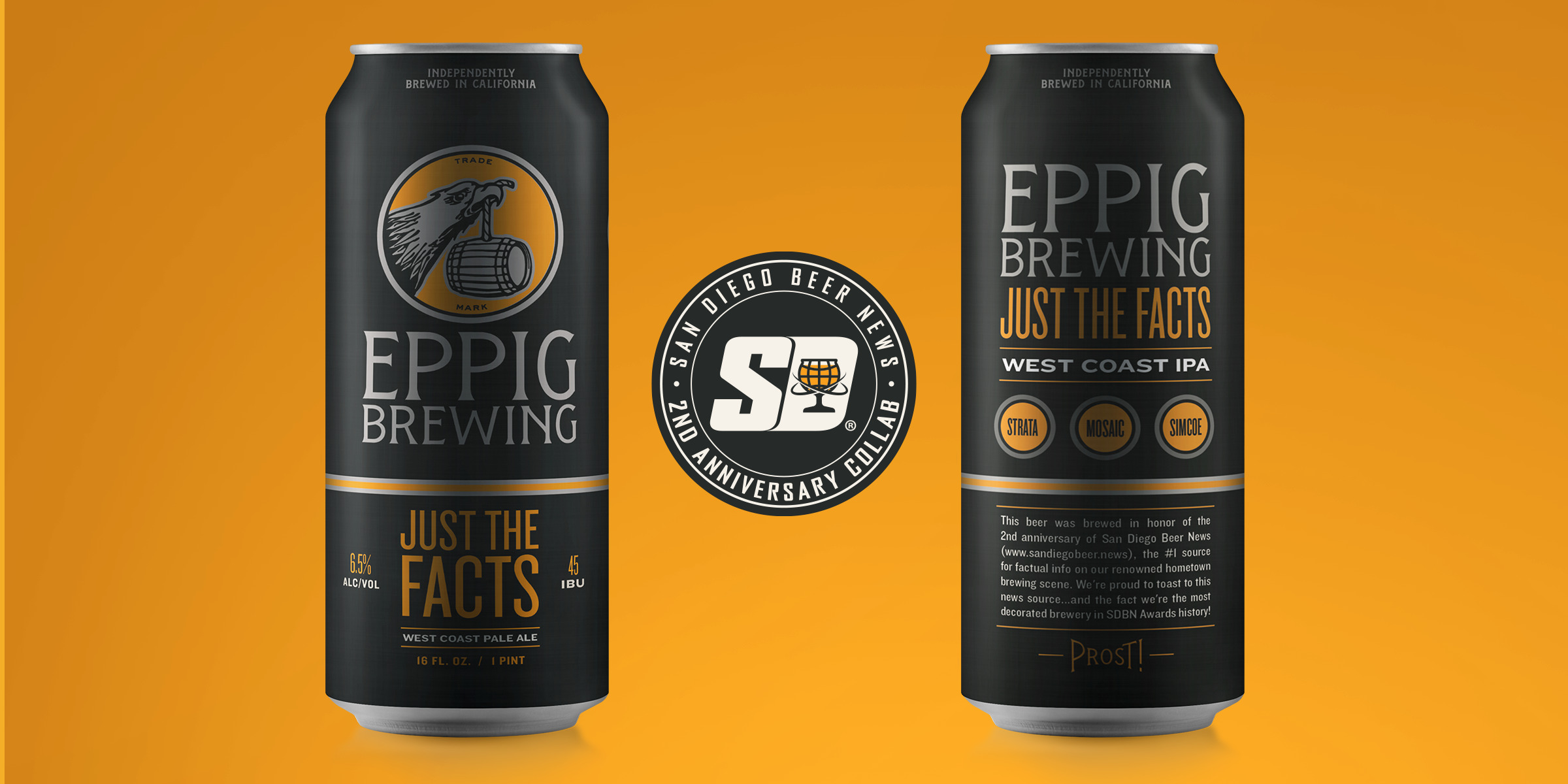 San Diego Beer News is the ultimate resource when it comes to what’s going on the craft beer scene in San Diego.
Brandon Hernandez, founder and executive editor of SD Beer News chatted with Marty and Danielle about celebrating the 2nd anniversary of the publication as well as a collaboration beer brewed with Eppig Brewing: Just the Facts IPA.

This West Coast IPA (hopped with Strata, Mosaic and Simcoe) will debut at a pair of release events taking place at the Eppig Brewing facilities:

Maybe Eppig Brewing will bring this beer along with them to pour at Beer X on August 20th at Waterfront Park!