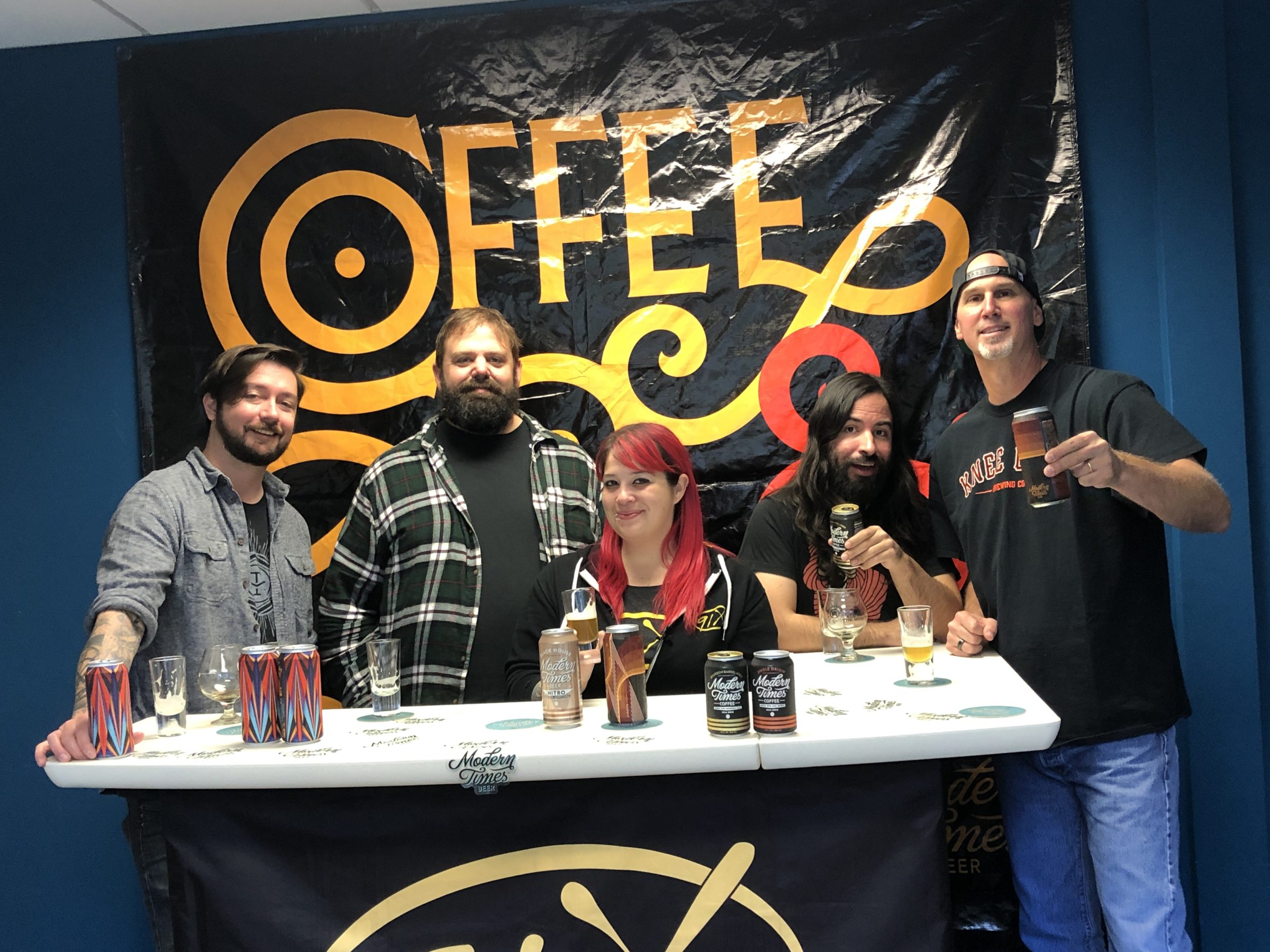 Party Lord, Beer Jesus, Flavor Dome, Carnvial of Caffeination these are all titles associated with the one and only Modern Times.

Phil: director of sales/marketing a.k.a. Beer Jesus, Derek: Party Lord, and Dan: Communications Metabaron, stopped by  Beer for Breakfast ABV to let us in on what’s going on with Modern Times.

Modern Times opened in 2013 and has expanded from their first location in Point Loma to North Park, Encinitas, Los Angeles, and Portland.

If you’re a fan of coffee this is the place for you! They have more than beer at Modern Times, they also roast their own coffee!

Carnival of Caffeination is tomorrow (February 16) at the Jacobs Center Neighborhood Innovation (404 Euclid Ave) and is sure to be a buzzing good time… like what I did there… buzz… coffee… beer…. ANYWAY!