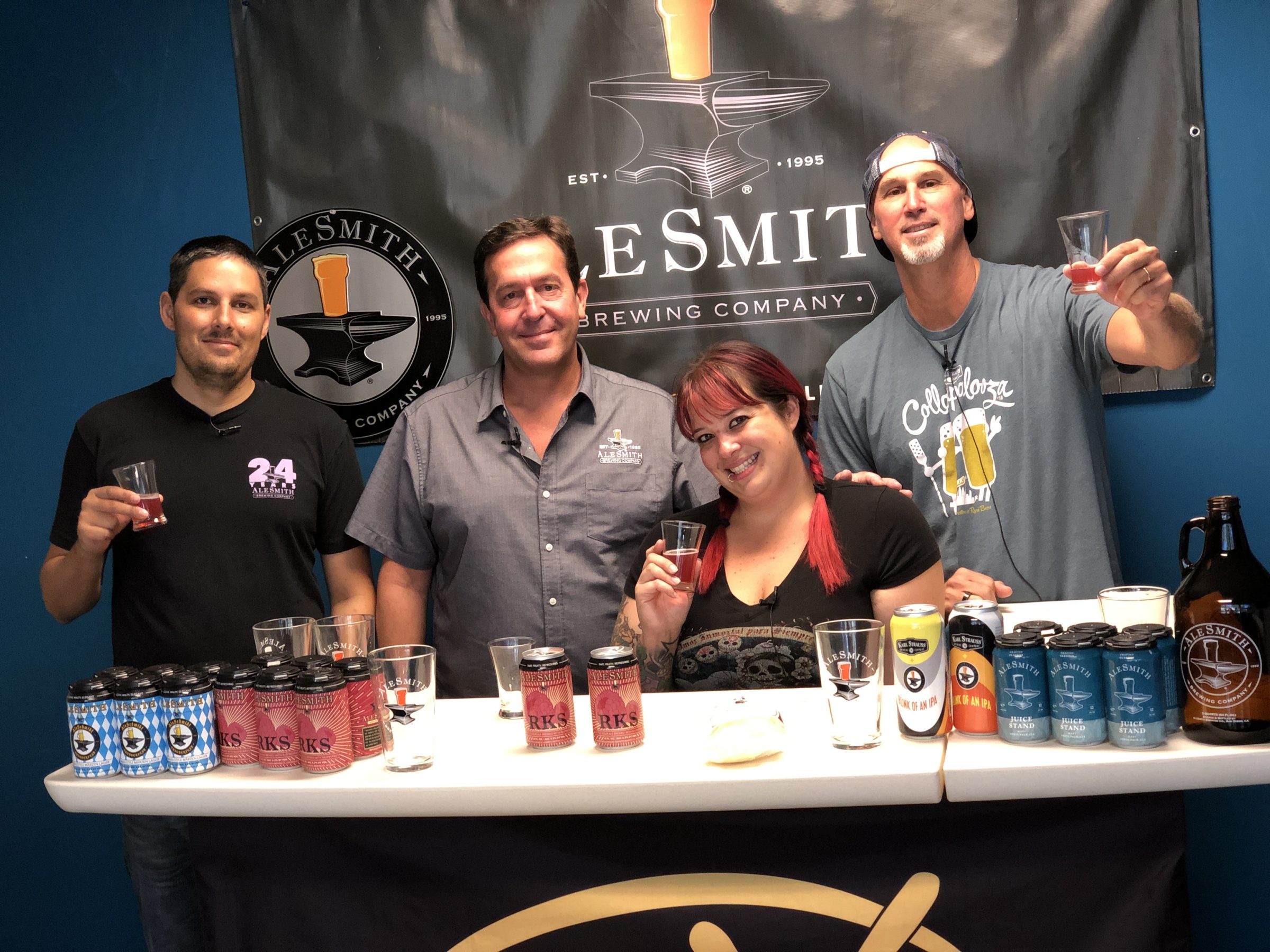 And it’s also time for my (Danielle) favorite event of the year,

Collabapalooza is Saturday, October 19 in the parking lot of Observatory North Park. This is the 3rd year Karl Strauss Brewing Co. is putting on Collabapalooza: a beer festival where 40+ independent breweries get together and create new, unique beers together. Collabapalooza has been voted Best Beer Event in 2017 & 2018 by The West Coaster.

Think giant party of beer lovers coming together in the parking lot of Obersvatory North Park. Proceeds from the event directly benefit both the San Diego Brewers Guild and the North Park Main Street Association.

Karl Strauss and Alesmith Brewing Co. got together and brewed an AMAZING beer together.

Owner Peter and head brewer Ryan brought along some other tasty beers AND cheese from Cheesesmith!

Beer for Breakfast is supported by San Diego Brewers Guild:

BEER WEEK Nov 1st – 10th, BROUGHT TO YOU BY THE SAN DIEGO BREWERS GUILD, YOU DESERVE A BEERCATION IN THE CAPITAL OF CRAFT!”