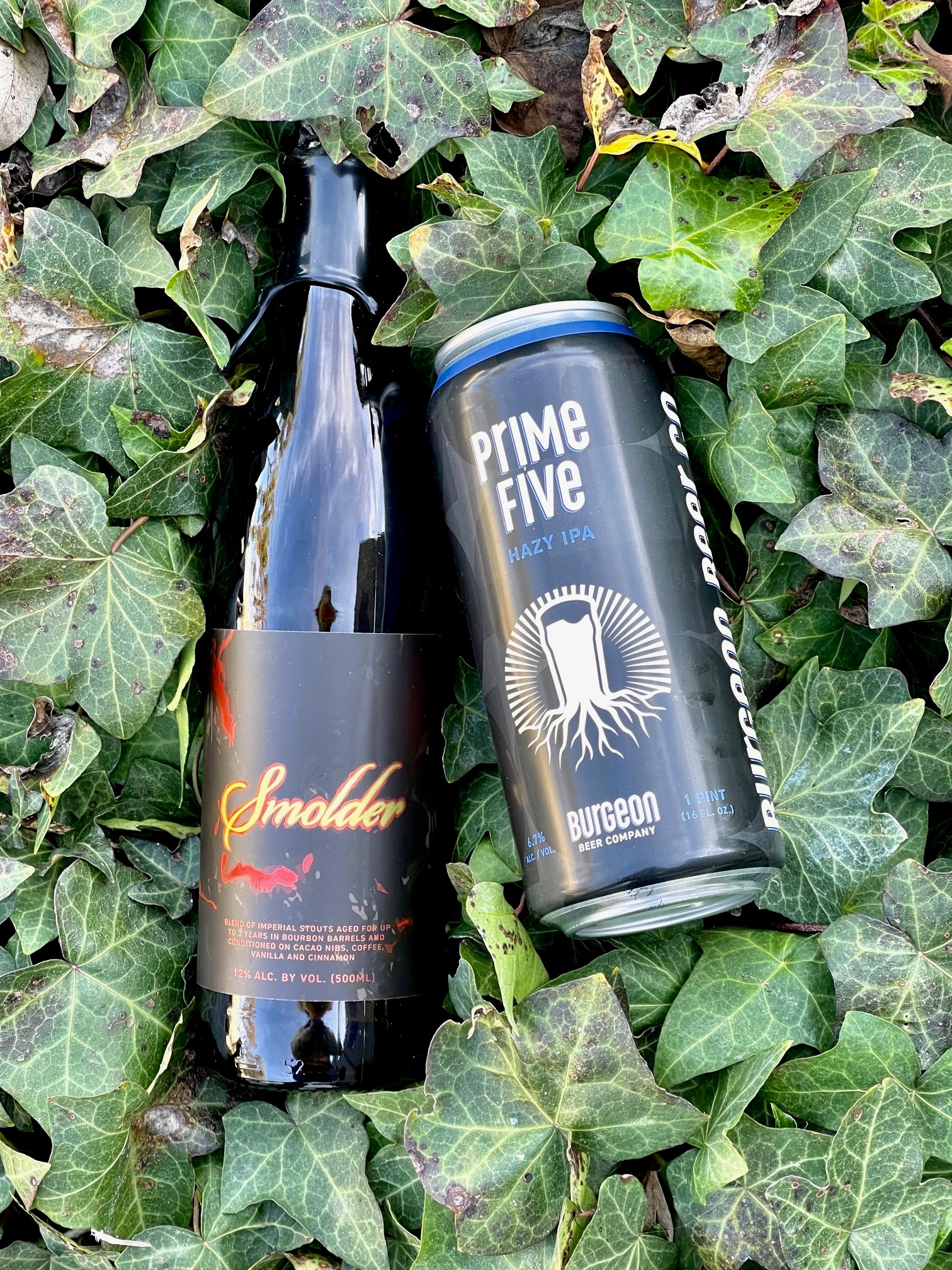 5 years? How has it already been 5 years since Burgeon Beer Co. graced San Diego with their clean, consistent brews?

Marty and Danielle were stoked to get a sneak preview of what to expect at the Burgeon Anniversary Invitational (sorry if you didn’t get tickets. It’s sold clean out!) Brewmaster Paul Segura brought in 2 beers from Burgeon Beer Co. to celebrate the 5th anniversary.

They also had Smolder Barrel-Aged Imperial Stout. Smolder is a 12% ABV blend of Imperial Stouts that each aged for up to 3 years in a combination of Heaven Hill and Buffalo Trace bourbon barrels before conditioning on Cacao, Coffee, Vanilla, and Cinnamon. Bottles will be released exclusively at the Anniversary Invitational. Whatever is left will be pouring on draft until the keg kicks.

Cheers to Matt, Anthony, Derek and the rest of the Burgeon Beer Co team for 5 solid years of making craft beer in San Diego!