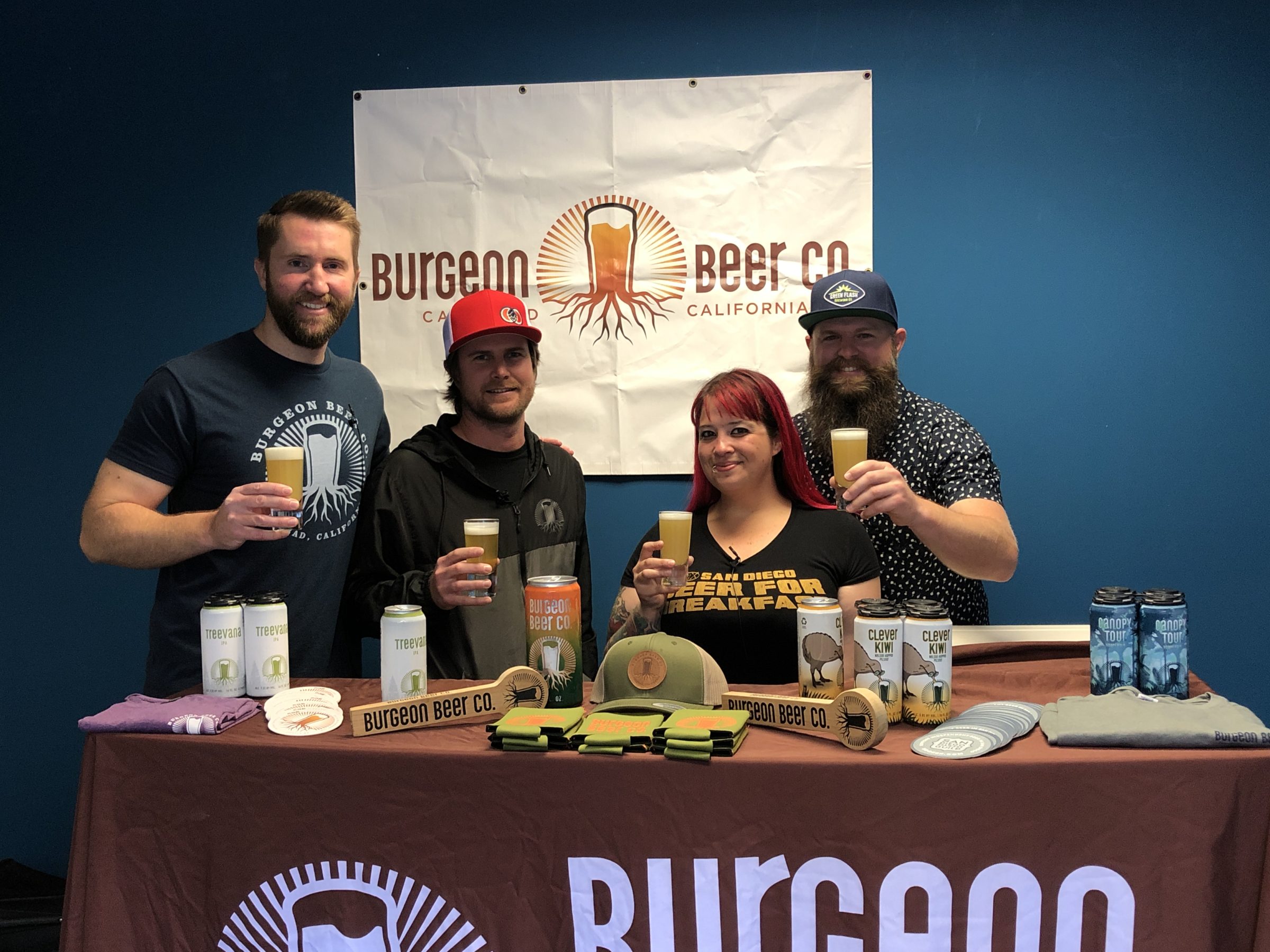 Normally I have my drinking partner in crime, Paul Segura of Karl Strauss, with me every week but unfortunately Paul wasn’t able to make it so I had my “stunt Paul” come in, Dave Adams from Green Flash Brewing!

Co-Founders Matt (also El Presidente of the San Diego Brewers Guild) and Derek stopped by Beer for Breakfast this week to give us a little update on what’s going on at Burgeon.

The Burgeon Beer tasting room in Carlsbad is BEAUTIFUL! Do yourself a favor and check it out.