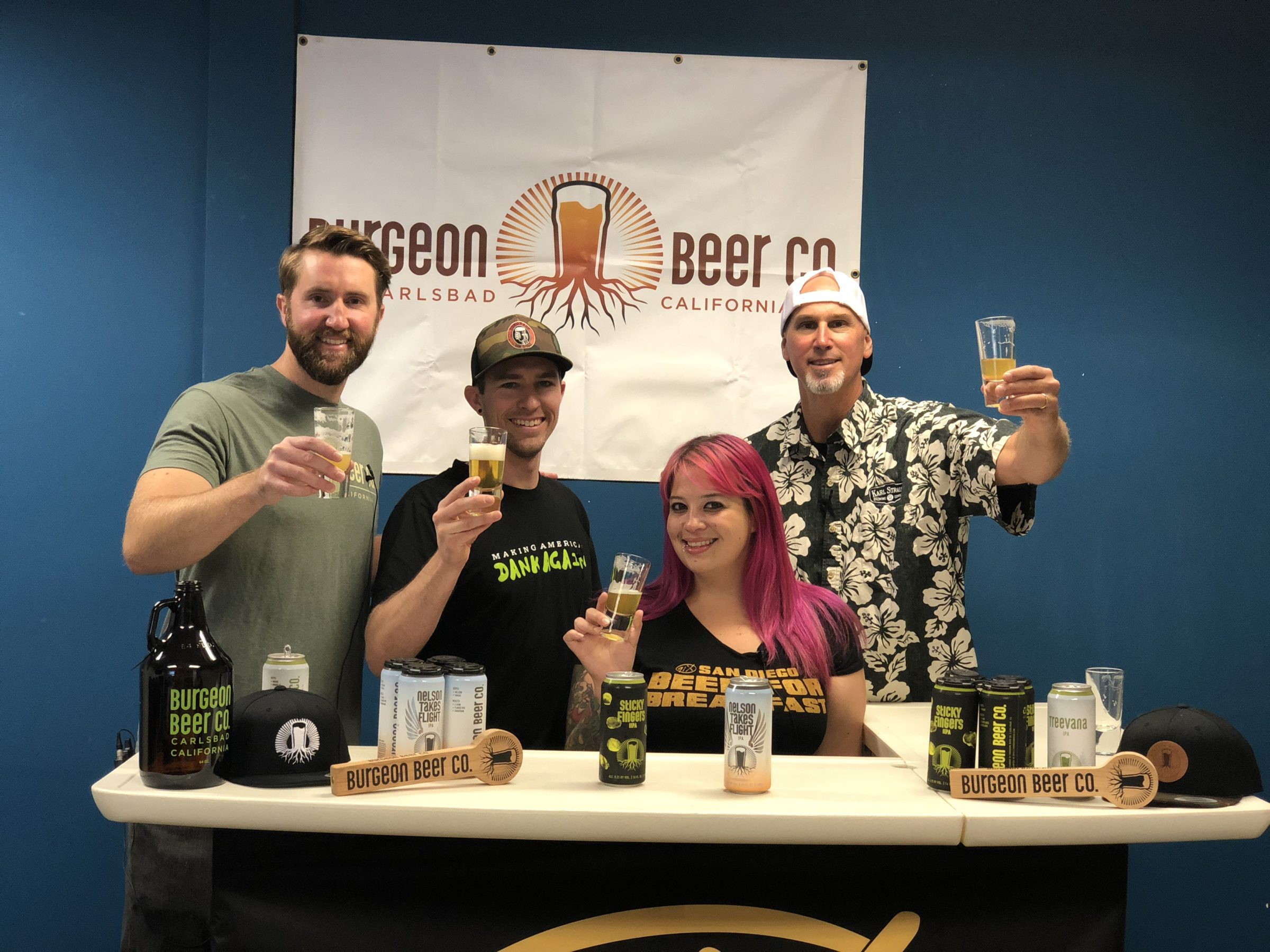 To kick off SDBW we welcomed Burgeon Beer Company on Beer for Breakfast!

Co-founder/president Matt and co-founder/head-brewer Anthony stopped by 91X to share some delicious beers and catch us up on what Burgeon has been up to. In case you’ve been living under a rock, they’ve been making BIG moves in the San Diego craft beer scene.

Burgeon Beer Company won a silver medal at the Great American Beer Festival this year in the session category for Noble Miner. They also were voted Best Beer in the Sore Eye Cup for their Treevana IPA.

OH! AND Matt is the incoming president of the San Diego Brewers Guild effective January 1, 2019.

Burgeon Beer Company is a solid brewery and if you haven’t tried their beers yet, do yourself a favor and get on it.

San Diego Beer Week kicks off tonight at 7:30 with a toast across the county. Catch up with 91X all week as we raise a pint to the San Diego County breweries.

Don’t forget to use #SDBW and #SDBeer when posting on social media all week!

Big thanks to Abel Garcia (producer/sound engineer) and Rick Romero (director/video guru) for all your help!