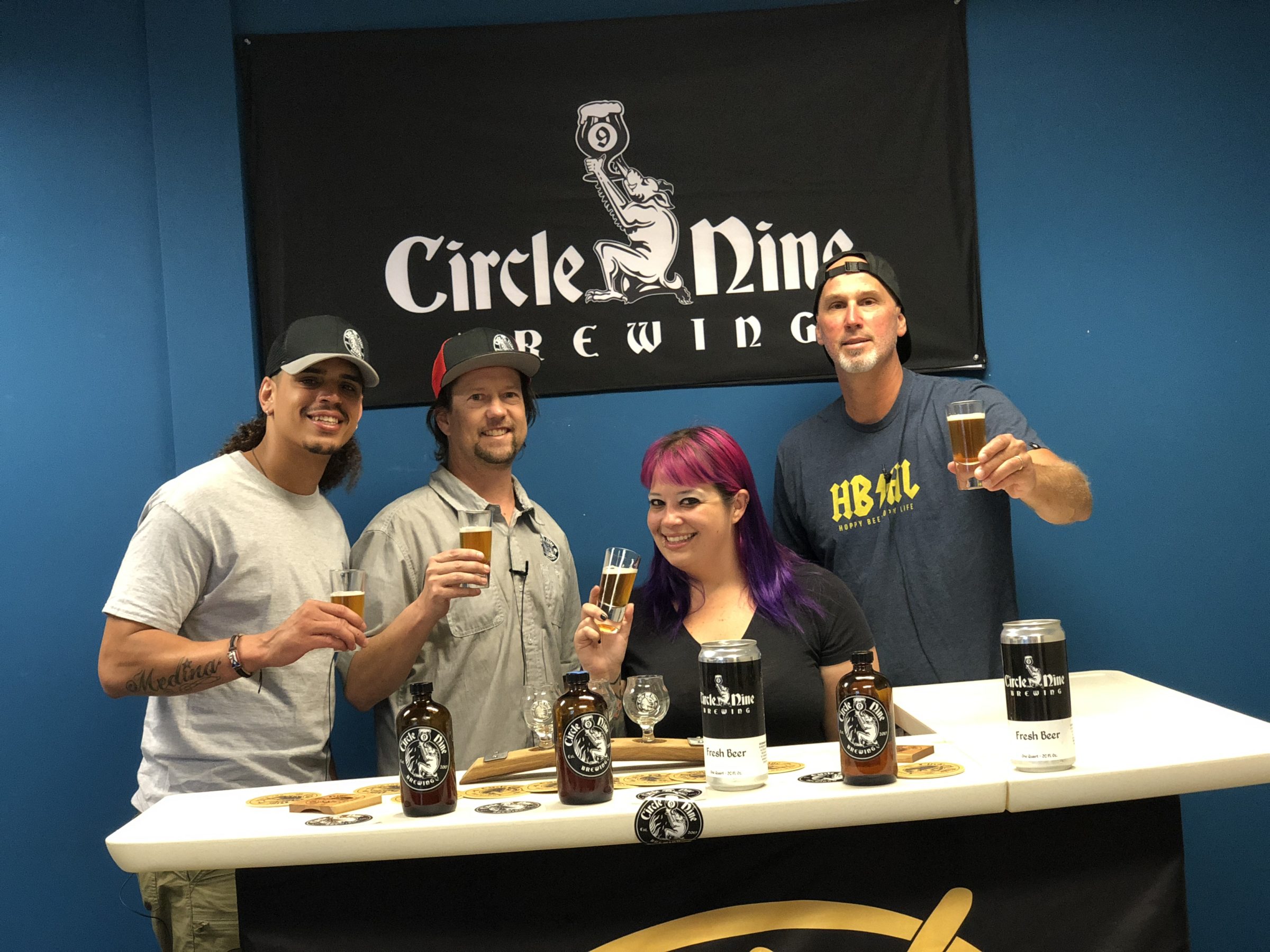 RARELY does a brewery come on Beer for Breakfast that Paul hasn’t been to but that I have and that was the case with Circle 9 Brewing. I visited Circle 9 a few months ago while I was waiting out traffic on the 805. I was in the area and wanted to try something new.

Circle 9 Brewing is located in Kearny Mesa across the street from the city bus depot. If you know where O’Brien’s Pub just go about 2 blocks west and you’ll find Circle 9.

Circle 9 also does a really cool event regularly. I drone club comes in the brewery, sets up a course, and they race drones IN the brewery! How cool is that?!

OKAY. Here’s what we drank: