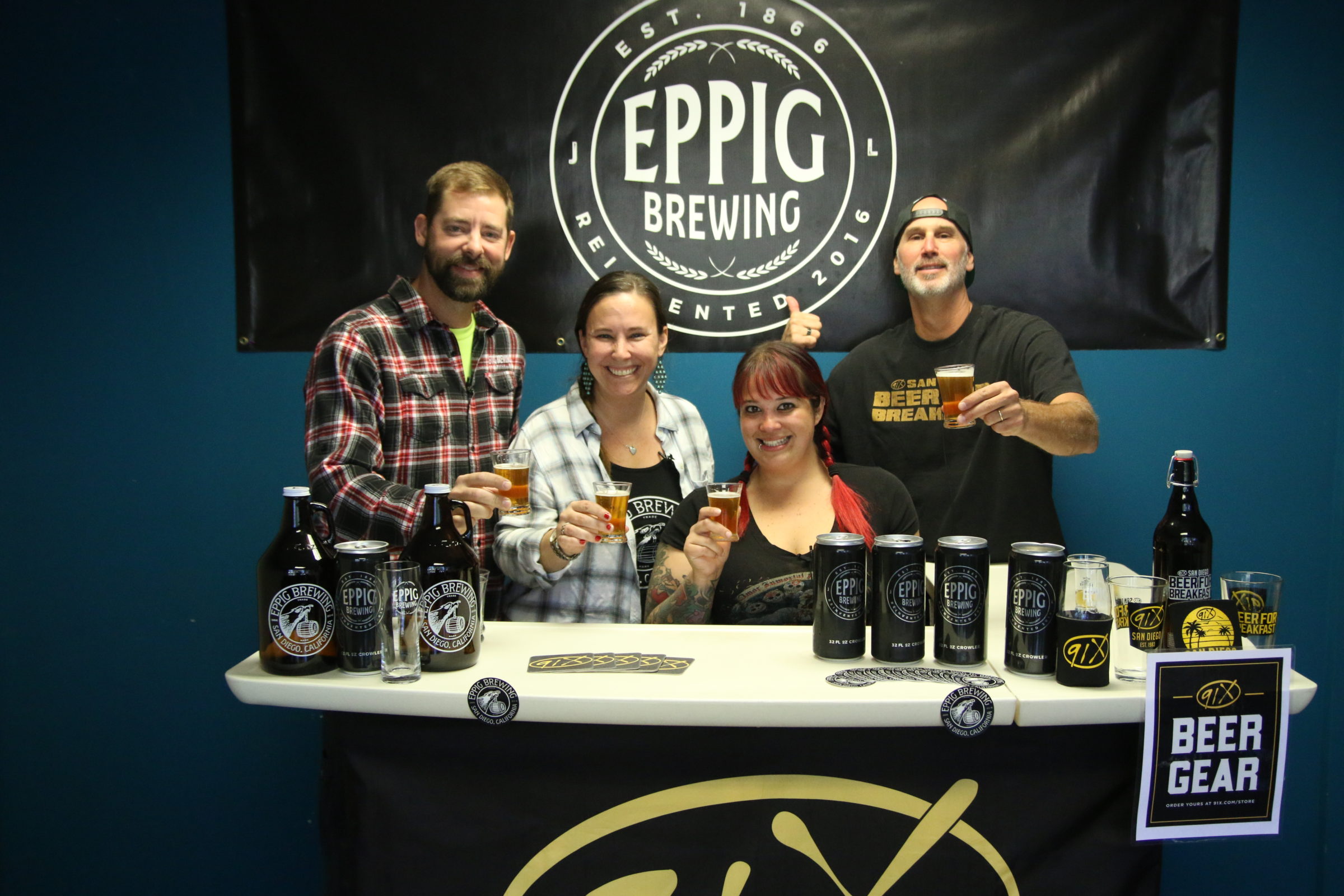 Eppig Brewing Company is celebrating their 3rd anniversary AND the opening of their new production facility/tasting room in Vista, CA.

I remember the first time Eppig Brewing Co. came on Beer for Breakfast 3 years ago. They had just opened and I was really impressed not only with the quality of beer, but also the story of Eppig Brewing Co. There’s a lot of history from brewery that started in 1866 and reinvented in 2016. Read all about it here.

Clayton (owner/head brewer) and Abby (sales manager) stopped by 91X to catch Paul and I up on what’s been going on and what’s to expect. Also, shout out to owner Stephanie Eppig Warshaw, she was’t able to join us for ABV because she ran THE NEW YORK MARATHON! So cool.

With the opening of the new Vista location as well as the anniversary, Eppig is throwing a BIG party all weekend long at the Vista location. Get info about that here.

The opening of the new Vista location means the North Park tasting room will be closing its doors but not without a big send off. Keep an eye out on Eppig Brewing’s social media for all the details about that.

And remember, one of the BEST spots to enjoy a beer in San Diego is their Waterfront Biergarten in Point Loma/Shelter Island.