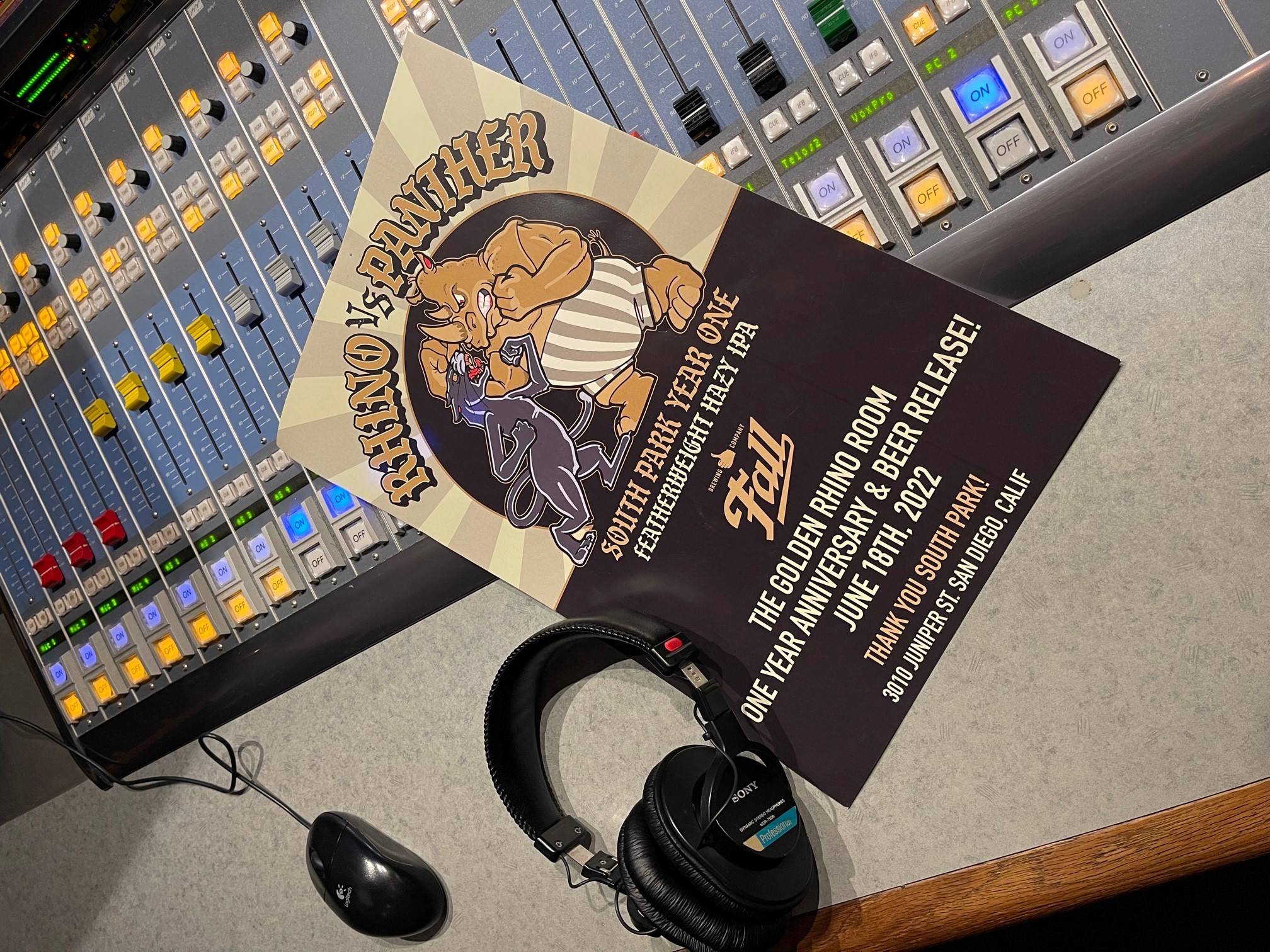 Fall Brewing Company is celebrating the 1 year anniversary of The Golden Rhino Room in South Park and the Beer for Breakfast crew wanted to get a jump start on celebrating. The anniversary beer release of Rhino VS Panther Featherweight Hazy IPA is SO fresh it wasn’t ready in time for Marty, Danielle, and Brewmaster Paul to sample but they can’t wait to try it at the anniversary party on Saturday, June 18. It’s a 5.2% ABV Hazy IPA hopped with El Dorado and Cryo Citra, then dry hopped with even more El Dorado, Cryo Citra & Cryo Simcoe.

The Beer for Breakfast crew start things off with a collaboration Fall Brewing did with Black Plague Brewing, A Cold Day in Hell Cold IPA (6.8% ABV). They also had Señor Mango’se, a 5.4% ABV Gose made with fresh mango juice from Señor Mango’s, Chamoy, & Tajin! It starts off sweet, gets tart, then finishes spicy-salty goodness.