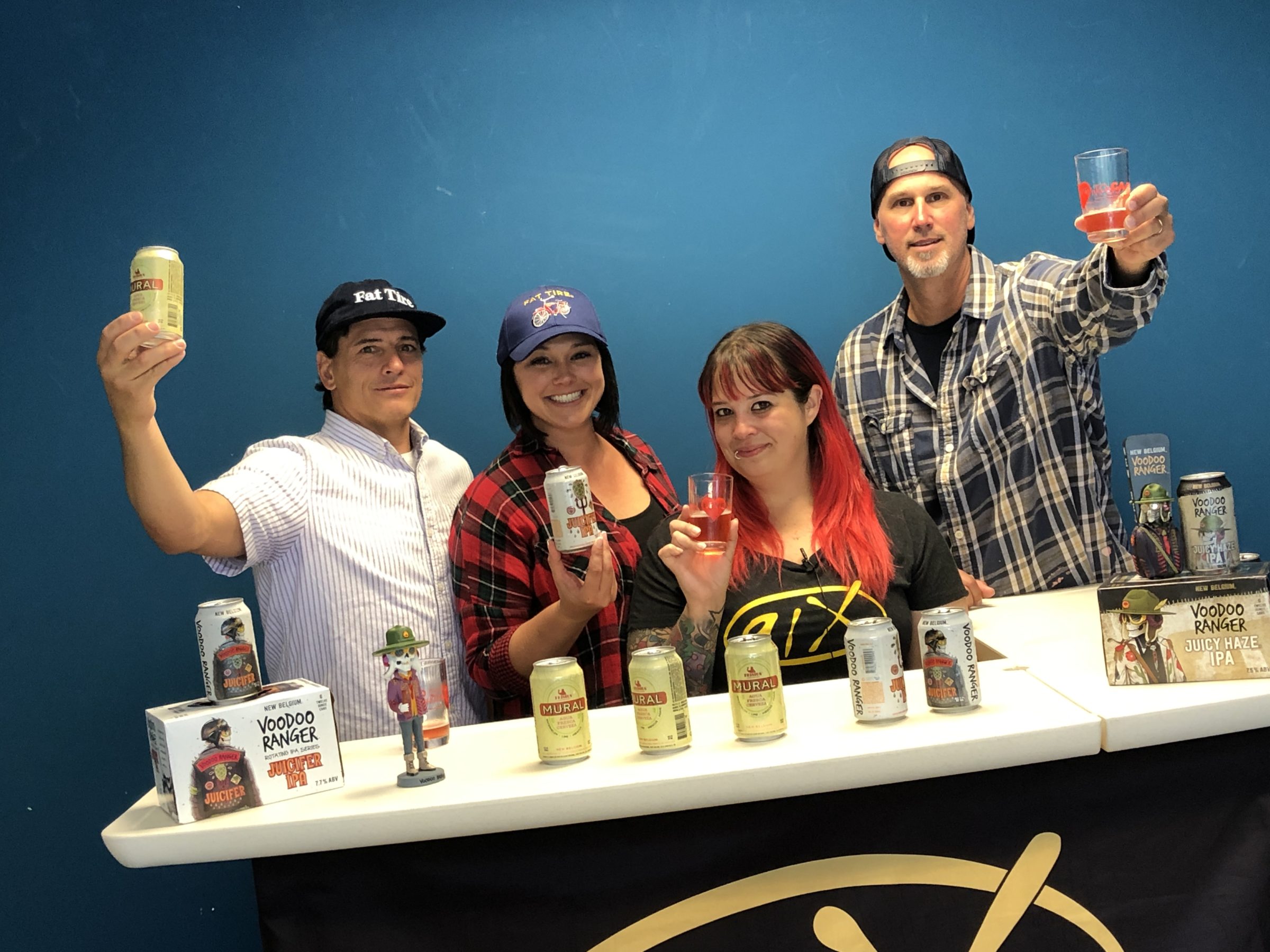 Paul and I were STOKED to welcome back New Belgium Brewing to Beer for Breakfast!

It’s Comic-Con weekend and New Belgium’s VooDoo Ranger has taken over Gaslamp! The story of how VooDoo Ranger becoming a part of the gaming world is pretty cool. Kelly (SD Beer Ranger) and Dave (Director of Marketing) told us that the Twitch community embraced the VooDoo Ranger character and turned him into an avatar. From this a game was created (which is SUPER cool and can be downloaded in the app store), a fun SnapChat filter was created , and the best part is a rad beer series was born! Keep an eye out for VooDoo Ranger pedi-cabs and a bus rolling around throughout the weekend.

Couple fun facts about New Belgium Brewing: They just celebrated their 28th anniversary AND they are still 100% employee owned. SO COOL!