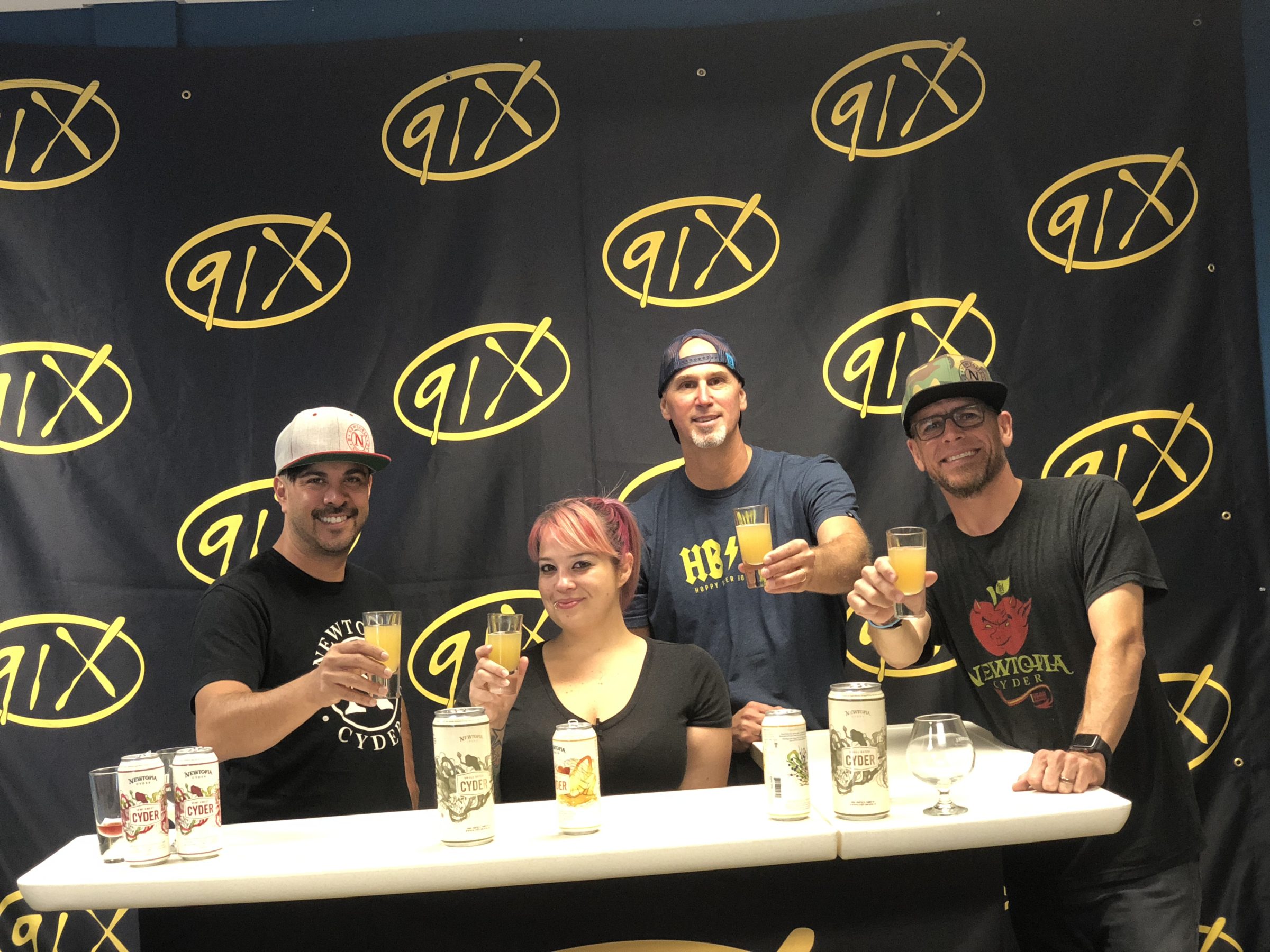 This week for Beer for Breakfast we did things a little bit differently, we featured a cidery!

Founder Rick Moreno and mood director Ryan Kinnerup of Newtopia Cyder stopped by  Beer for Breakfast to talk everything cider! Cider with a Y!

Newtopia Cyder opened in April of 2017 and they have already made their mark on the San Diego craft beer community. From collaborations (check them out at Collabapalooza! They did a beer with Alesmith!) to beer festivals, to the wood in their tasting room being re-purposed wood from the 2007 fires, to opening a satellite tasting room in San Marcos; Newtopia Cyder is  just as much a part of the craft beer community in San Diego as any other brewery.

Every cider starts with the same base, a 5 apple blend, that is then turned into whatever cider they choose to make. If you’re a hop fan, don’t fret! Newtopia has a IPC – India Pale Cider – and it’s SO good!

Newtopia Cyder made me a believer that cider doesn’t have to be super sweet. It can be dry and crisp with great flavor.

Big thanks to Abel Garcia (producer/sound engineer) and Rick Romero (director/video dude) for everything they do to keep Beer for Breakfast going!