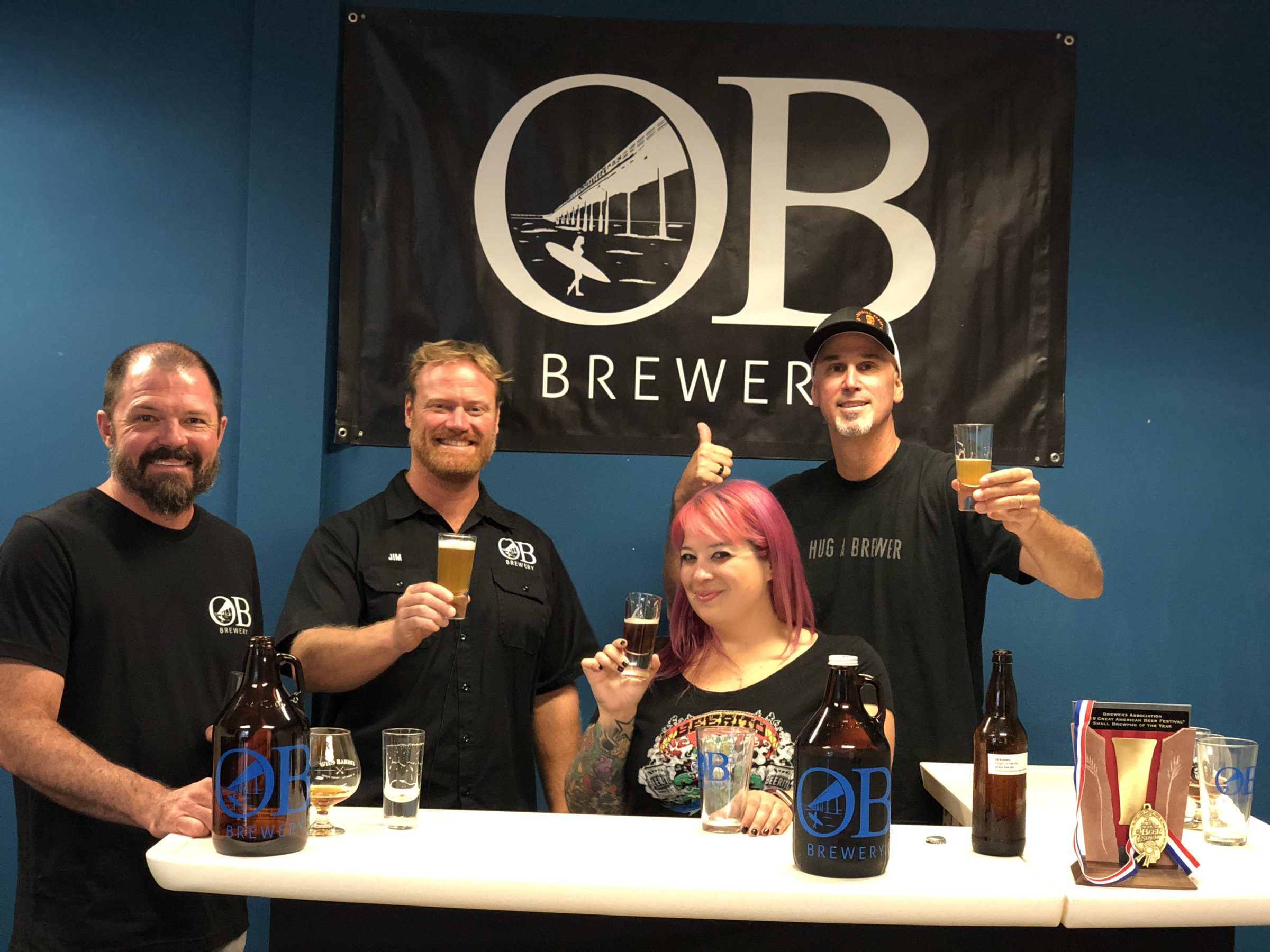 I’ve been wanting this brewery to come on Beer for Breakfast since their first Great American Beer Festival (GABF) win last year and after they won AGAIN this year I HAD to have them on.

Ocean Beach Brewery has only been open for 2 years and is already making big waves in the craft beer community. (See what I did there, waves, beach… anyway…)

Head brewer Jim Millea and General Manager Scott Watkins joined Paul and I this week just ahead of OB Oktoberfest and on the heels of their big win at GABF.

This year, 2017, OB Brewery brought home a gold medal in the American Pale Ale category for their B. Right On Pale Ale.

Oh, and they also won Small Brewpub & Small Brewer of the year! This is a huge honor in the craft beer world and I can’t think of a nicer, more deserving brewery and brewer.

OB Oktoberfest kicks off today and OB Brewery is RIGHT next door AND will be poured in the fest.

Big, Huge, Giant thank you to Abel Garcia (sound engineer/producer) and Rick Romero (director/editor) for all your help! You guys da best.