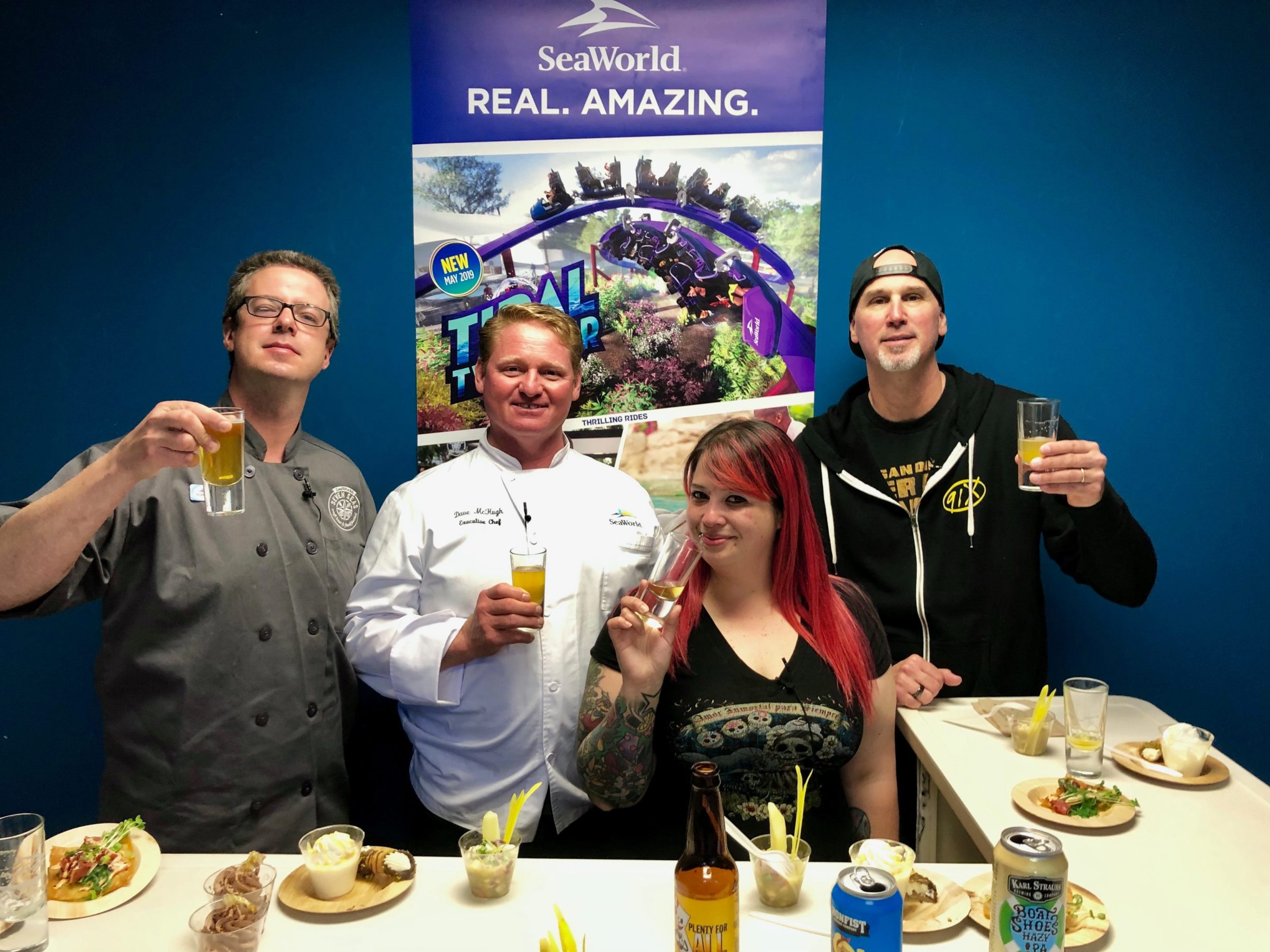 Any time someone wants to feed us on Beer for Breakfast ABV I’m SO in!

Chef David and Chef Robert from SeaWorld San Diego stopped by Beer for Breakfast ABV to talk about SeaWorld Seven Seas Craft Beer and Food Festival! This is one of the coolest things SeaWorld does all year and goes on every weekend between now and April 28th.

There are more than 55 food items, 127 beer options, and live entertainment on three stages so there’s something for everyone.

The breweries involved are some of the best in San Diego!

So grab your sampler card and eat/drink your way through SeaWorld San Diego. The food is super good! I got to try thing I’ve never had before like the Lamb Chop Lollypop and Ahi Poke Naoleon! SO GOOD!

Look how much fun The MOUG Show had at SeaWorld Seven Seas Craft Beer and Food Festival!