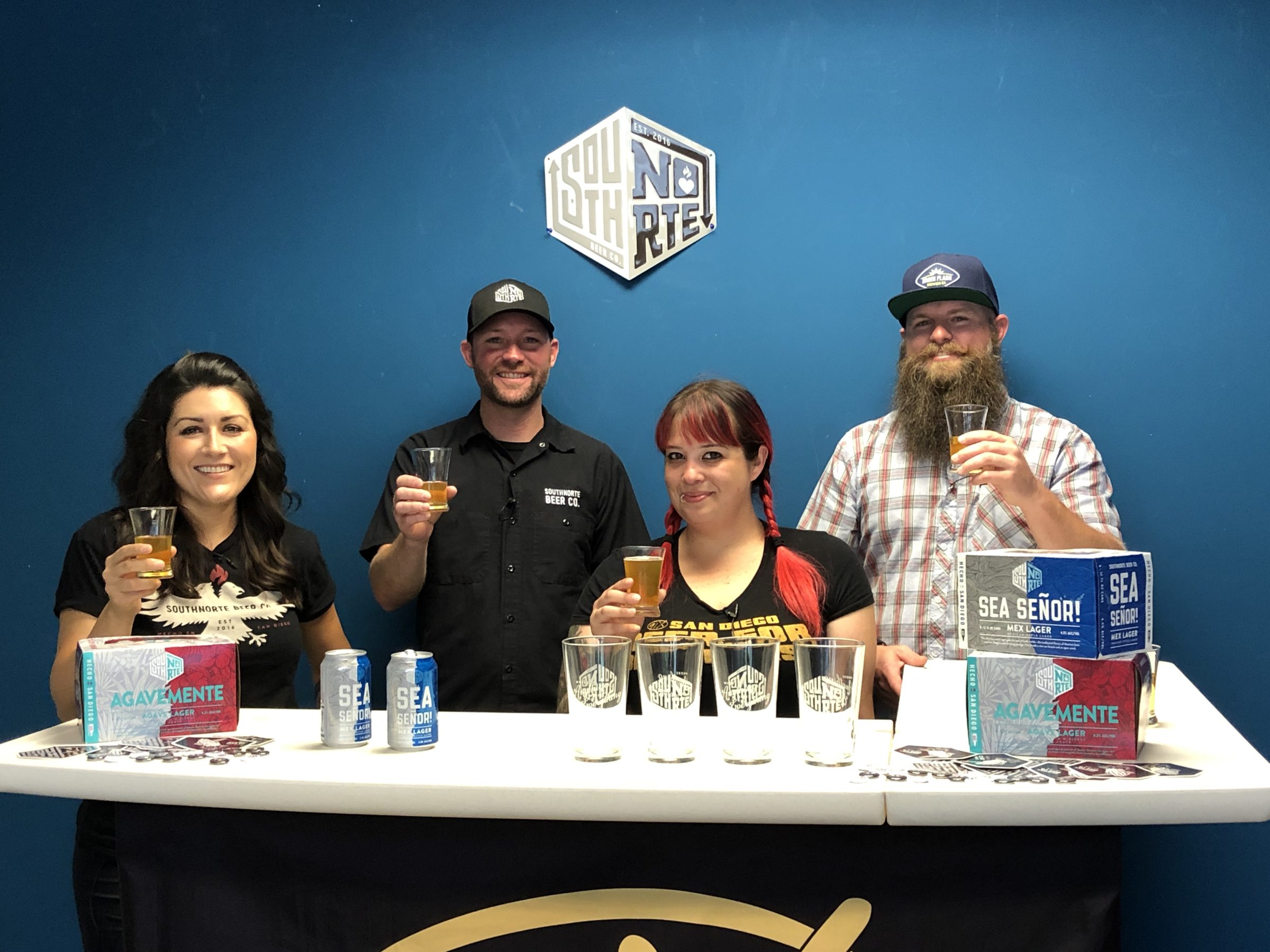 Ryan Brooks and Melody Crisp made their way to 91X to catch us up on what’s been going on with SouthNorte Beer Co.

SouthNorte is the perfect blend of Tijuana and San Diego. The story is pretty cool actually. Ryan (Brewmaster) was a home-brewer and eventually worked his way up to Brewmaster at one of San Diego’s most award winning breweries. He moved to TJ while still making beer in San Diego. Ryan integrated himself into the Baja craft beer community and started SouthNorte with the help of Melody (VP of Marketing).

SouthNorte is the first independent American craft brewery to have a permanent brewing presence in Mexico, specifically at this one of a kind gastronomical adventure in downtown Tijuana. You can find the tasting room at TELEFONICA GASTRO PARK.

You can also find SouthNorte at the Coronado Brewing tasting rooms, around town on draft, and cans at most grocery stores/bottle shops.

Shout out to Dave Adams from Green Flash Brewing Co. for helping out this week while Paul was on vacation!