Beer for Breakfast: The Bell Marker 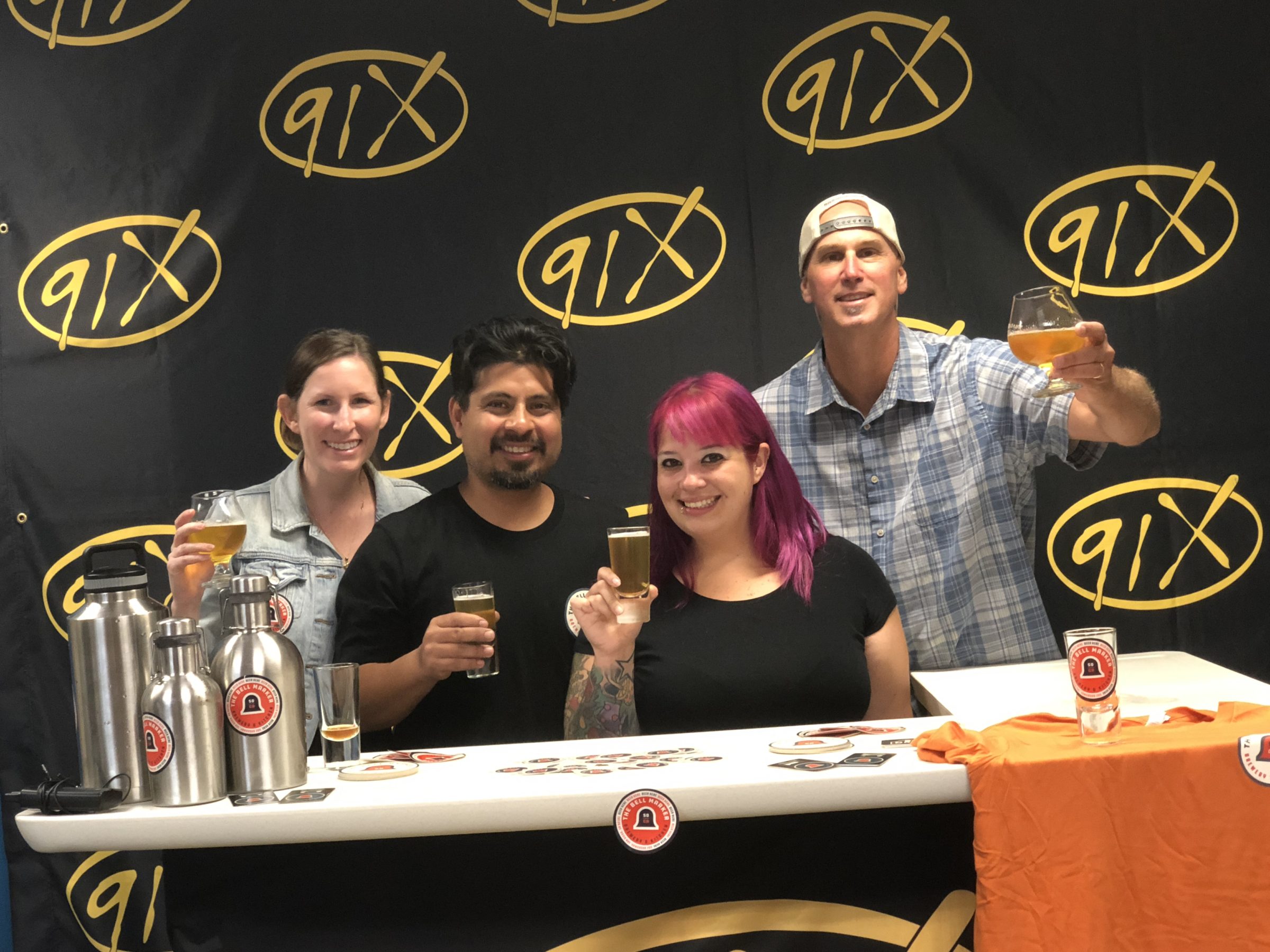 Let’s face it, Downtown San Diego for SUCH a long time was void of great craft beer. Then a few started popping up like Mission Brewing, Monkey Paw, Half Door, Resident, and now the newest brewery to move into the neighborhood is The Bell Marker.

We welcomed Paige (founder and partner) and Ignacio A.K.A. Nacho (head brewer) from The Bell Marker. These two have deep craft beer roots. Paige has been in the craft beer industry for 10 years and got her start as a greeter at Karl Strauss in LA and you may recognize Nacho. Nacho is one of the O.G. brewers from Pizza Port!

The Bell Marker can be found on the corner 6th Ave and Broadway, right by House of Blues, so it’s a GREAT place to pre-game for a show. Speaking of games, they have tons of tv for football season. They are both a Georgia Bulldogs AND a Baltimore Ravens bar.

The Bell Marker has 28 taps and is SUPER vegan friendly. Paige explained to us that it was really important to them to make sure if you’re eating with someone who is vegan and you’re a meat eater, neither of you have to sacrifice.

Big thanks to Rick Romero (director/camera dude) and Abel Garcia (prodcuer/audio dude) for all your help. You two are the best! Can’t do what I do without you.