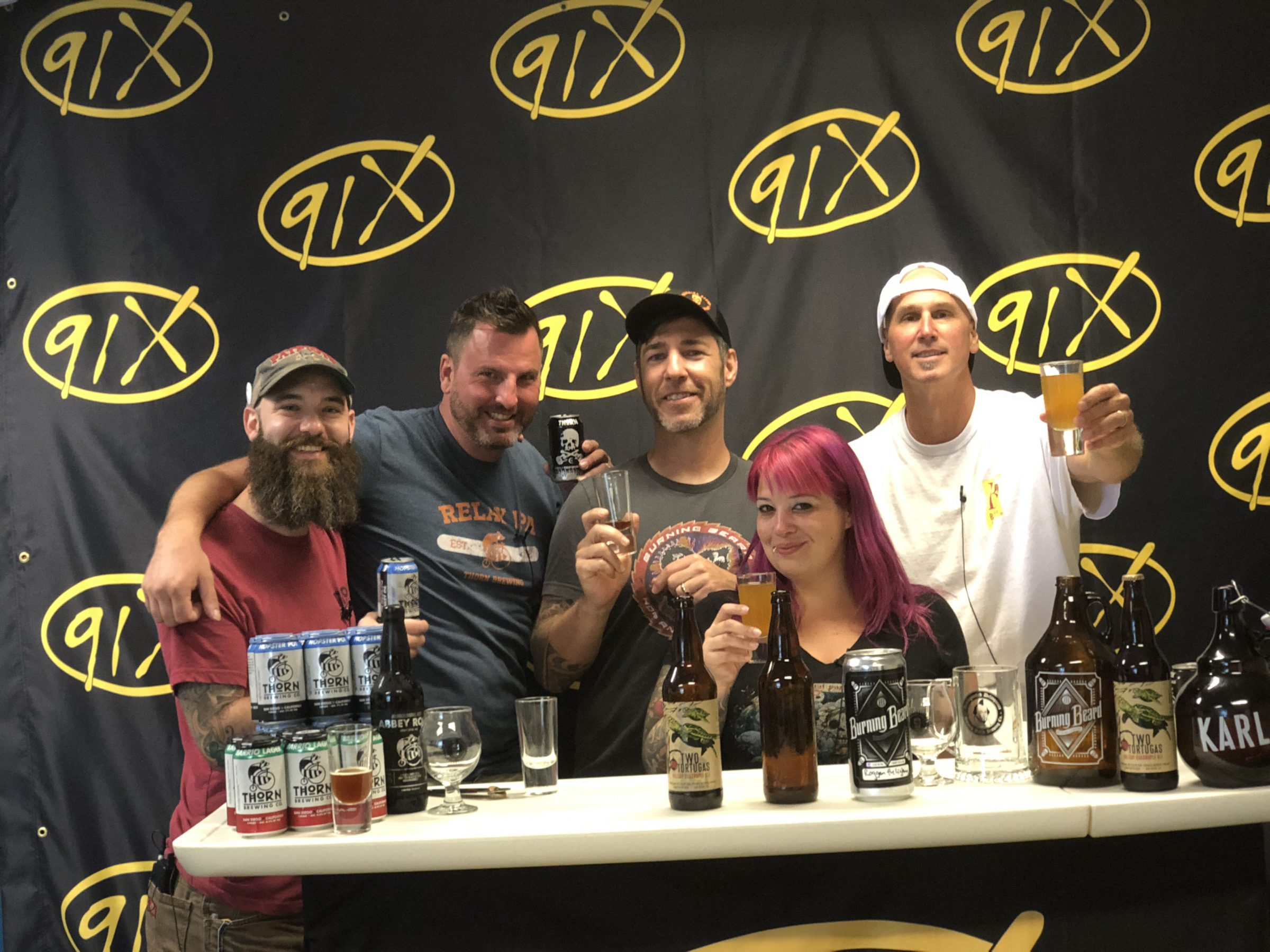 It’s the week brewers and craft beer lovers around the country have been waiting for!

The Great American Beer Festival (GABF) kicks off this week in Denver, Colorado and TONS of San Diego breweries, along with breweries across the country, submitted their best brews to be judged. Being recognized with a medal from GABF is a HUGE honor and sought out by all who submit beers for judging.

This will be the second year Abel (Beer for Breakfast producer/sound engineer) make the trip to Denver to sample craft beers we would never get the chance to try otherwise. Paul goes out to GABF every year to be a judge so the whole Beer for Breakfast crew will be there!

This week on Beer for Breakfast ABV I wanted to try some of the beers that were submitted for judging. Jeff from Burning Beard, Doug & Jay from Thorn Brewing, and of course Paul from Karl Strauss gave me the low-down on what they submitted and their strategy behind why they submitted those beers.

This is what we had:

Good luck to EVERYONE who submitted beers for GABF! Keep an eye out for my recap when I get back next week.