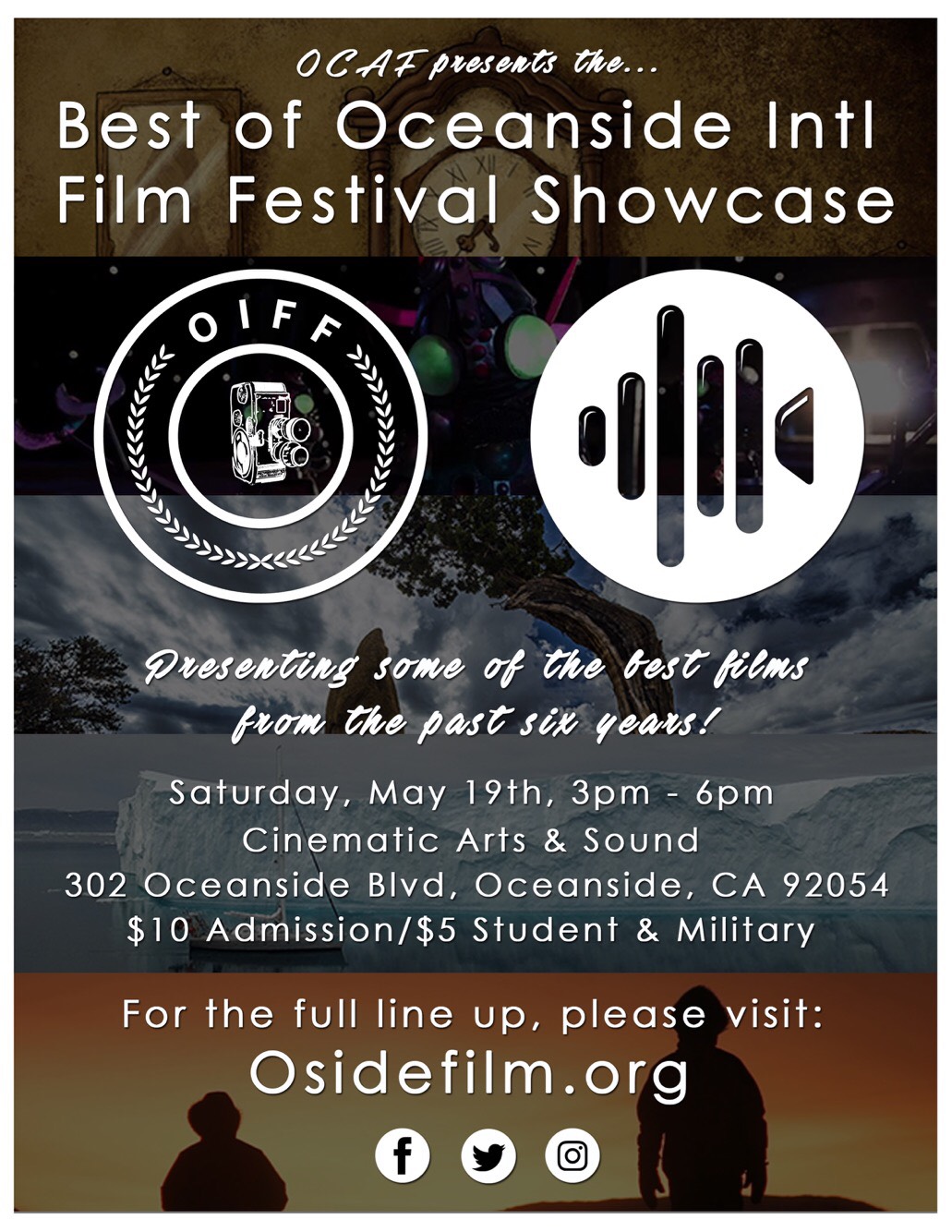 Hey all you film lovers out there!! Super important tip for you.

For only $10 you can see more than Six (6) award winning films, Many by LOCAL Filmmakers; “Aloha for Indo” by Eliot Lucas; Bill Wisneski’s film “Joshua Tree: Threatened Wonderland” he’s from San Marcos.
“The Beauty Around Us” by OSide artist Stephen M Jackson and
“King Corduroy” by Paul Von Petrzelka from San Diego along with a few more San Diego films, included will be Shorts from NY, Australia, Spain, Los Angeles and Turkey.
The selections include animated films, documentaries, narratives and student films. Only 20 seats left, in the venue so make sure to get your tickets online today or show up day of and hope we can get you in. www.osidefilm.org