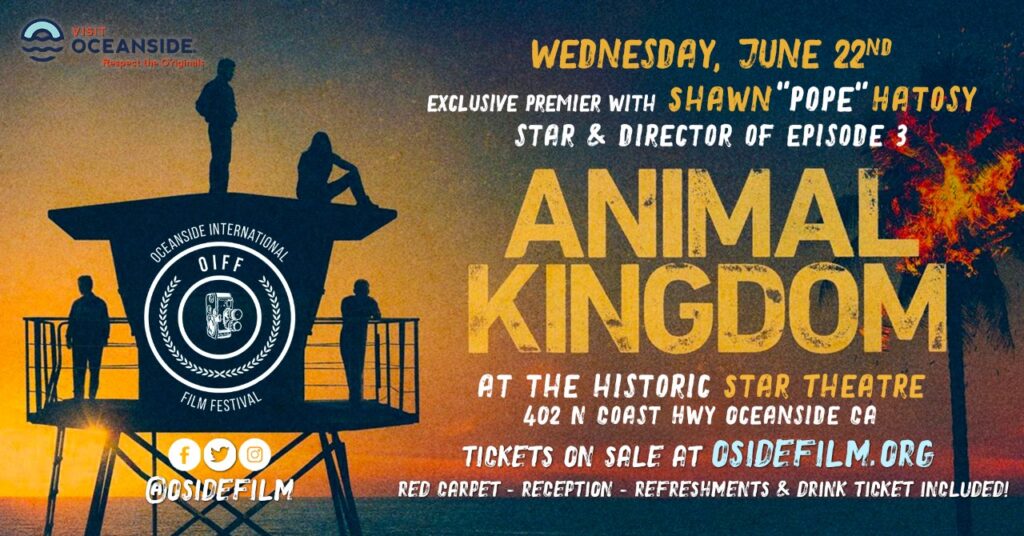 Festival Director Lou Niles said: “We thought it so very important to have the cast and crew down to our community to say thank you and until we meet again. The show has brought the spotlight to Oceanside and created a rise in visitors from fans of the show searching to visit the actual filming locations. We can’t thank Shawn, Ben, and Daniele enough for their kindness and support of the festival and we are honored to premiere this episode.”

In the final season of TNT’s adrenaline-fueled family crime drama, the Cody boys discover that they can’t outrun their past. With their empire expanding, a cold case investigation sets off a series of events that puts the entire family in jeopardy. Revenge, betrayal, and a reckoning with long forgotten violence leads to an explosive conclusion six seasons in the making.

“Animal Kingdom” is produced by John Wells Productions in association with Warner Bros. Television. Emmy® winner John Wells, Daniele Nathanson, Erin Jontow, Nick Copus and Bradley Paul serve as executive producers on the series. “Animal Kingdom” was developed for television by Jonathan Lisco and inspired by the award-winning Australian feature film written & directed by David Michôd and produced by Liz Watts, who also serve as executive producers on the series.

Tickets go on sale May 28th and will be $45. The seating is general admission. These tickets are available through the Festival web site; www.osidefilm.org