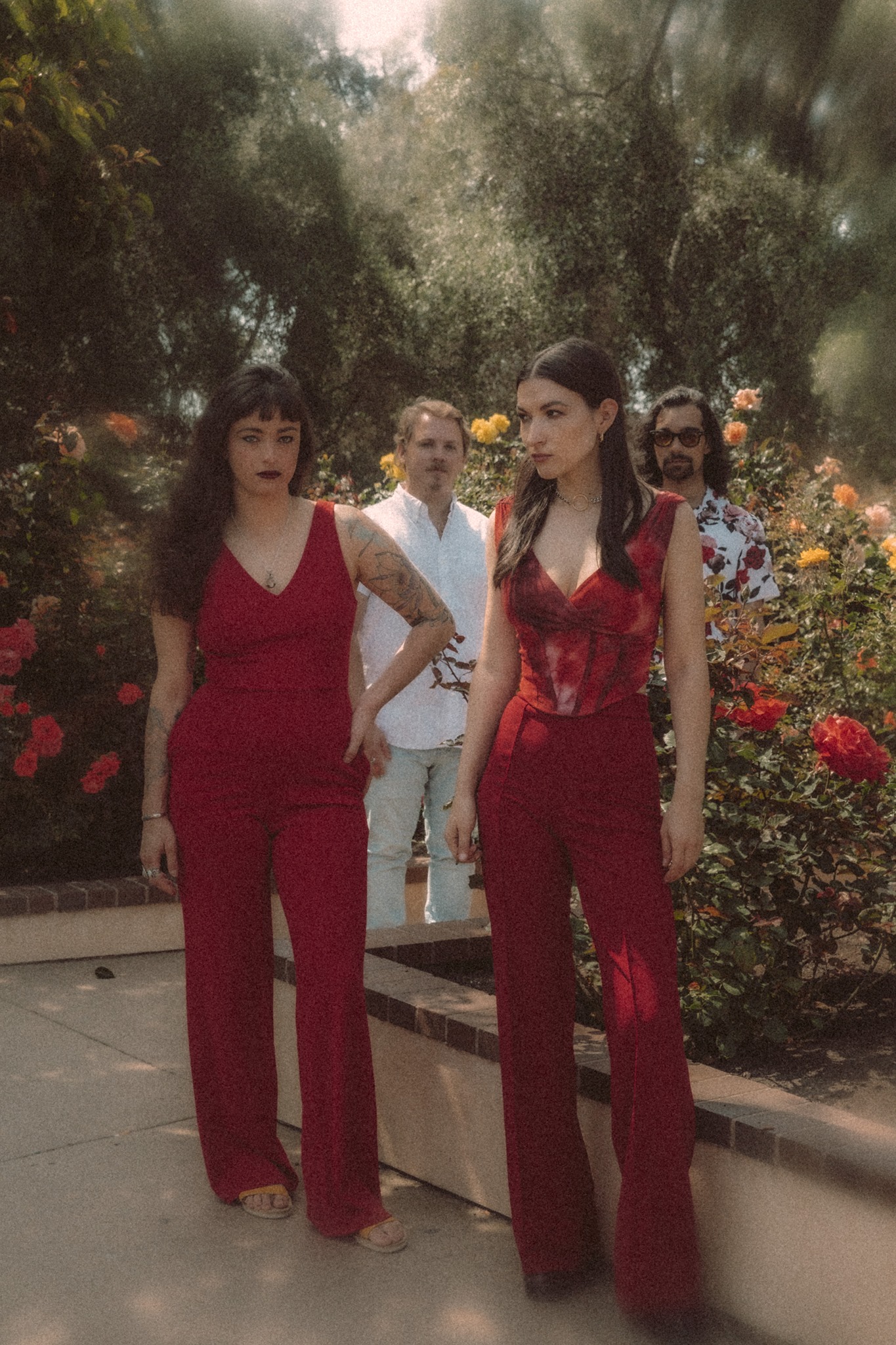 Who are the band members and what do they play?

Alex Bravo – Bassist back up vocals

How and where did you get together?

We all are seasoned players in our community so we met through mutual friends. We all had admired each other from afar for different reasons. I had been wanting to start a project after a band I was in called the Burning of Rome disbanded. I was very mistreated in this past project. My creative ideas weren’t respected and I had to deal with a huge amount of sexist behavior. Belladon started as a way for me to rebuild my own sense of self worth and prove to myself that I am not a result of how people have treated me.

What are the band’s main influences?

Have you played any notable gigs, festivals or other events? Likewise radio or TV appearances?

We’ve played a few sold out festivals that are local to San Diego and get regular air time on 91x, a local radio station. We have a show coming up with Mustard Service Nov 3rd. Currently we are booking a show for early Feb at the Music Box, a larger notable venue here in San Diego.

Are there any other interesting or amusing happenings – no matter how small – that the band have been involved with that would be of interest to those who like your music?

I had posted a cover song called The Imposter by Kadhja Bonet, a very popular artist right now. She is probably most popular for her collaboration with the Free Nationals. She ended up reposting the cover because she liked it. A few months later I sent her Truths You Crave before we had released it. It was a shot in the dark. We had only interacted through social media very briefly. But a friend of mine convinced me I should reach out because I had nothing to lose if I really stood by the song. Not only was my friend right but Kadhja actually responded and loved the song. She was extremely helpful and supportive of everything I have been doing to get this project off the ground. She had loads of advice and guidance for me. “Humility is a white mans privilege” was a darkly true statement of hers. I was so impressed and by her character. Kadhja Bonet is one of the most solid, honest, raw females that is alive right now. Towards the end of the conversation she offered to do a collaboration with us. So I’m thrilled whether curators/the internet like the song or not.

Do you have any favorable quotes from previous reviews of the band that you’d be happy to share?

“I suppose my goals aren’t to be a sonic back drop to your life. I really want to grab somebody when they hear Belladon and inspire them to intently listen”. I’m a demanding person. When it comes to my art I’m not interested in apologizing for who I am. I’m a firm believer that art should make people a little uncomfortable by challenging perceptions.

Where was the single/EP/album recorded and who was involved in its production?

I produced it. It was recorded at a studio called Halfway Home. They also do live sessions for local and touring acts. It was mixed and mastered by Jules de Gasperis. He’s worked with some notable people such as Alice et Moi, Andy Fonda, CARRÉ, and Bleached.

Is there a particular ethos behind the single/EP/album or any particular music styles or events that inspired it?

Yes. I tend to be most inspired to write when something bad has happened to me. On the flip side I’ll get very inspired by people in my life who make me really happy. Truths You Crave is about mistreating myself because I was constantly being told I wasn’t good enough by external forces/people. I was trying to please people who only want to exploit me and manipulate me in various ways. I was pretty powerless in the situation because it was related to my job. I feel like a lot of women are put into similar scenarios where power struggles and social dominance are used to keep them down. For whatever reason there are people who find me threatening or want to keep me out of the foreground(hilarious because I’m a five foot two petite women). Its been a huge struggle all my life. I’m really not sure if its a personal problem people have towards me or if it just they way people are socially trained to think.
Powered by TCPDF (www.tcpdf.org)

Can you briefly describe what the song/each song is about? If you are releasing an album then either describe the thinking behind the project or choose a couple of lead tracks to focus on.

Truths You Crave is the first release of four. The thinking behind the project is really to create less gaps between genres. I want to push boundaries and do things most people won’t bother doing because it’s too hard. I know there are a ton of sub genres out there already but I still haven’t found a category that embraces us. I come from a classical music background but love modern/contemporary music too. Most curators I have sent this song to have nothing but nice things to say about the performance, production quality, and song writing but still think its to avant guard or experimental for them. But that is the point, for it to be surprising and fresh. Most people say they want that but when it comes down to it, they haven’t been willing to take a risk with us. I enjoy challenging people and challenging myself and I think the music says that.

Please provide a one or two-line personal quote that can be attributed to a band member, about either the band themselves or the release. Obviously the more eye-catching this is the better.

Truths You Crave is for anyone who needs to give the finger to an authority figure in their life but can’t because the world is the way it is.