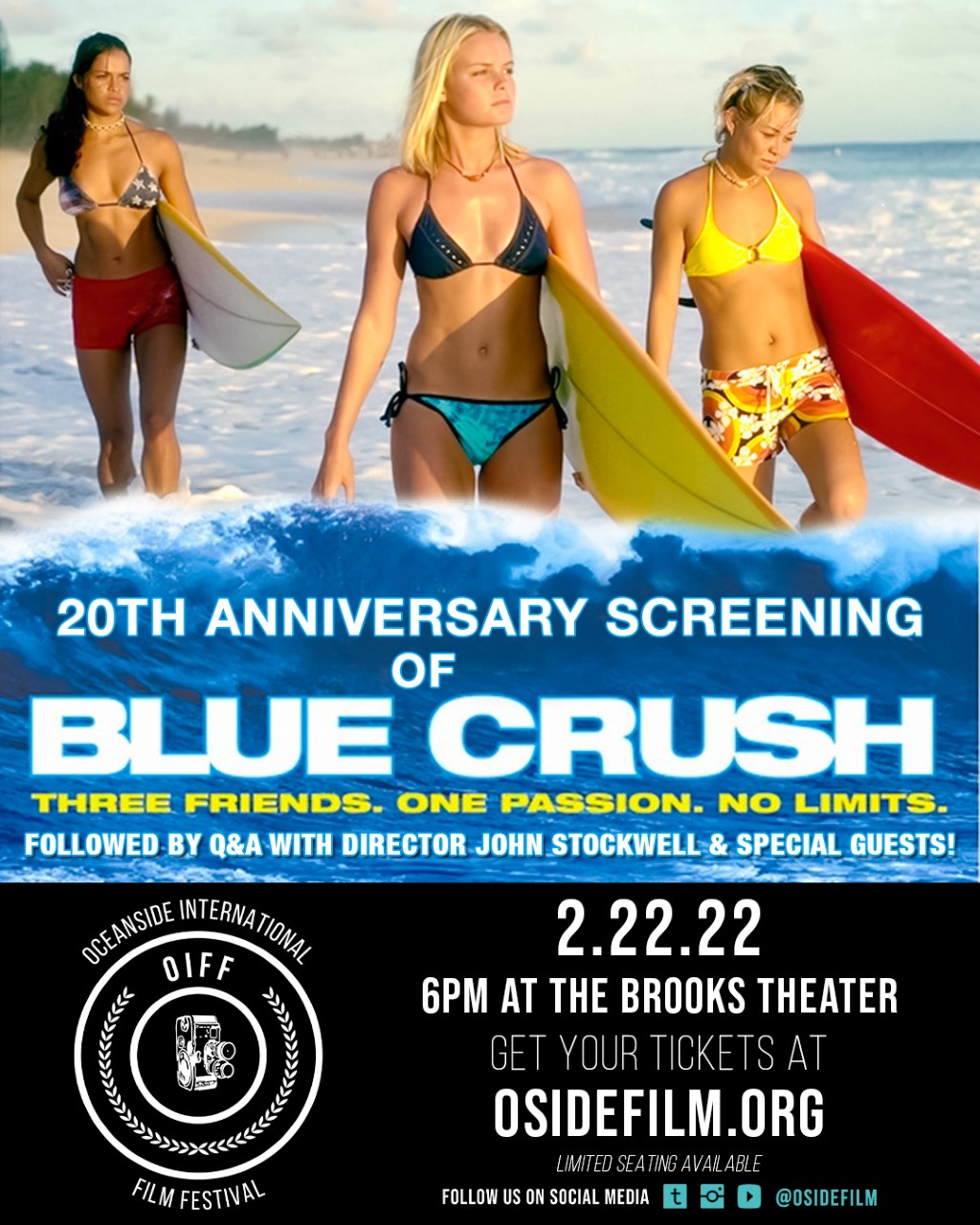 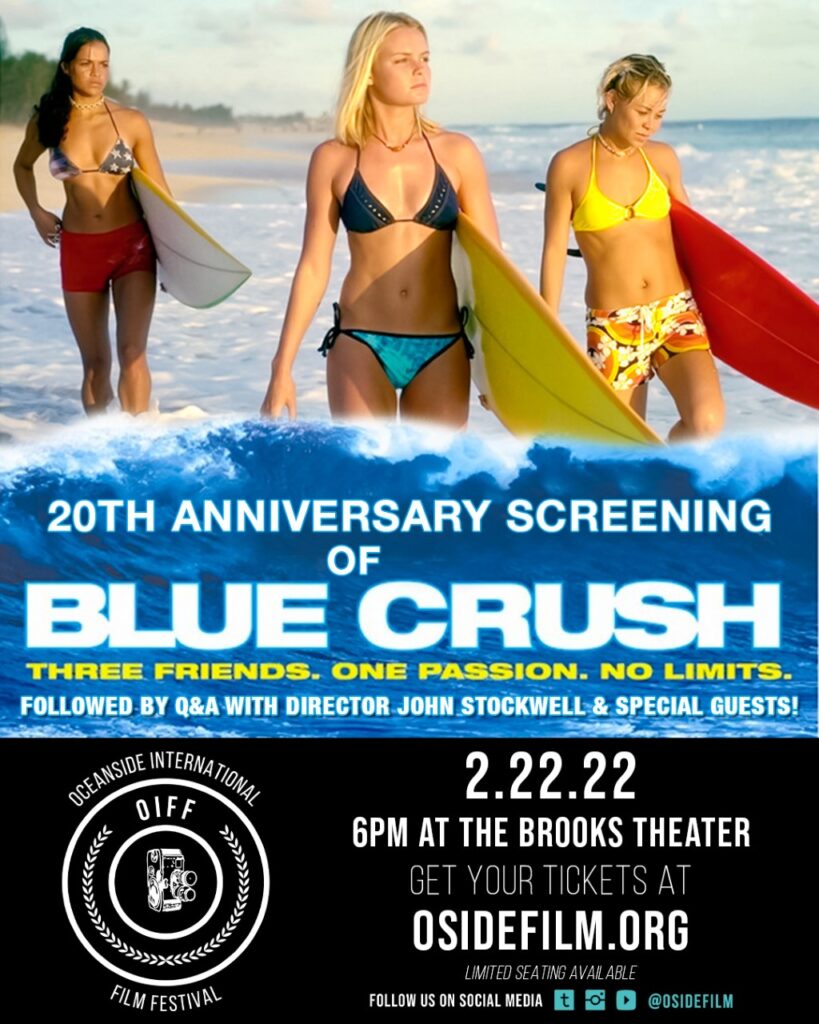 The Oceanside International Film Festival is proud to present the only 20th Anniversary Screening of the feature film “Blue Crush”. The film upon its release had a Huge impact on the world of surfing, surfing fashion and the growth of women’s surfing around the world. It was also arguably a launching point for Kate Bosworth, Michelle Rodriguez, and Sanoe Lake. The films Director, John Stockwell (Blue Crush, Turista’s, Into the Blue) has been a producer, director, actor and model throughout his long career. Tickets for this special screening are very limited; find them at http://www,osidefilm.org  The Film Festival runs all week with many great films of all genres showing Wednesday, Thursday, and Friday nights, and All day on Saturday and Saturday night, and films Sunday Day and Night. See the web site for the full schedule. 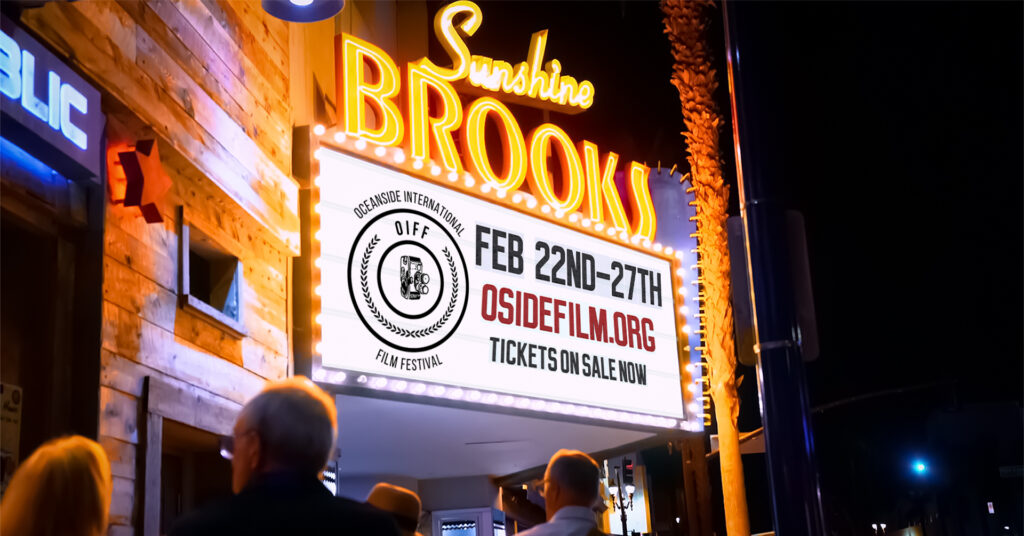