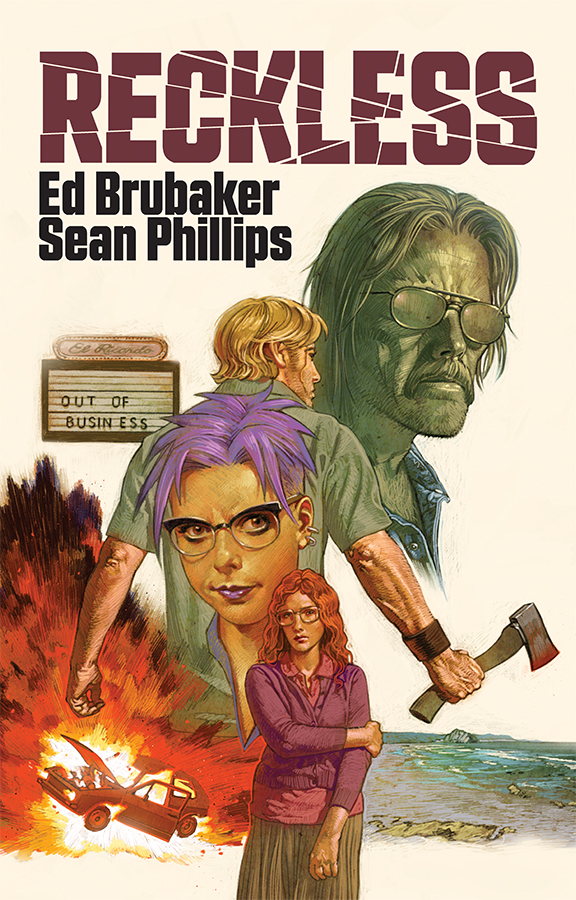 Once upon a time we used to hang out and check out local bands like The Children’s Hour and stay out late at dance clubs like the Roxy West. Ed Brubaker was drawing comics back then and is a big time Eisner Award Winning story writer these days. I suggest you order his latest release RECKLESS out December 16th on Image Comics and available at all your favorite local shops as well as places you order online BUT please go support the local little guy.

Meet Ethan Reckless: Your trouble is his business, for the right price. But when a fugitive from his student radical days reaches out for help, Ethan must face the only thing he fears… his own past.

“Reckless comes from my love of pulp heroes and private eyes,” said Brubaker. “When I’m craving escapism, I pick up a Jack Reacher book… or a Lew Archer, or a Claire DeWitt, or a Travis McGee, or an Easy Rawlings, or a Parker… and I get taken away by these characters and their worlds.

“I wanted to bring that feeling over to comics, with a series of graphic novels that each tell a complete story, a thriller or mystery… and also, for as long as Sean and I have been working together, we’ve almost never focused on a hero. So Reckless is a big left turn for us, but it’s still our version of a ‘hero’—so sometimes more of an anti-hero, probably.”

Brubaker was inspired by his long-time collaboration with Phillips to try something he’d never seen done before in US comics. “Sean and I have been putting out our comics for decades now, and we don’t miss deadlines. So I realized we could actually do something unheard of in comics—put out three full-length graphic novels in under a year. I hope that’ll help put this series on the map and keep readers coming back for more.”

Sex, drugs, and murder in 1980s Los Angeles… Reckless is the best new twist on paperback heroes since Jack Reacher or The Punisher. The second book in the series will hit stores in April 2021.

Support local Comic Shops and go get RECKLESS and maybe Pre-Order the 2nd book in the series to be release April 2021.