What is a Live Original Re-Score?​ The film is shown with the original music removed. The Music Artists then perform their own interpretation, re-written​ (“Re-Score”) with subtitles.

Cult Musical Act Morricone Youth will perform a matinee live original re-score to George Miller’s 1979 ​“Mad Max” on Sunday, ​August 5th at 2:15 pm.
​
They will also perform the evening before on ​Saturday, August 4th at 8:20 pm to a screening of George Romero’s 1968 “Night of the Living Dead” – again performing and crafting their own live interpretation and re-score of the film.  The band Morricone Youth features two member of influential San Diego bands. Devon Goldberg (aMiniature & Creedle) and John Castro (the Rugburns). This unique and rare performance can be experienced at the Oceanside International Film Festival on August 5th. www.osidefilm.org for tickets. and see the facebook event page here. @lounilesiyn 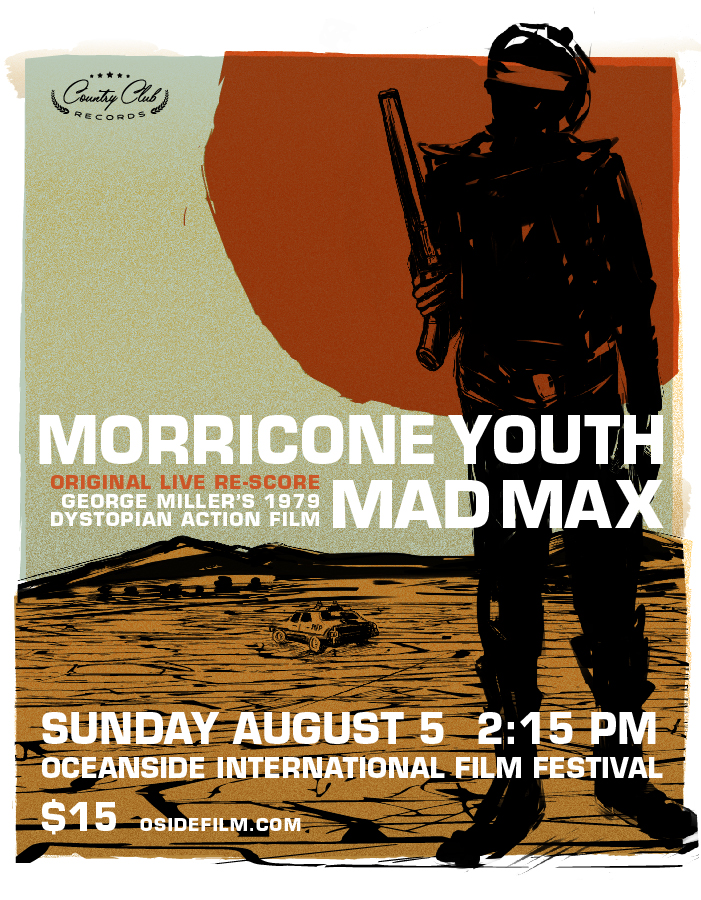