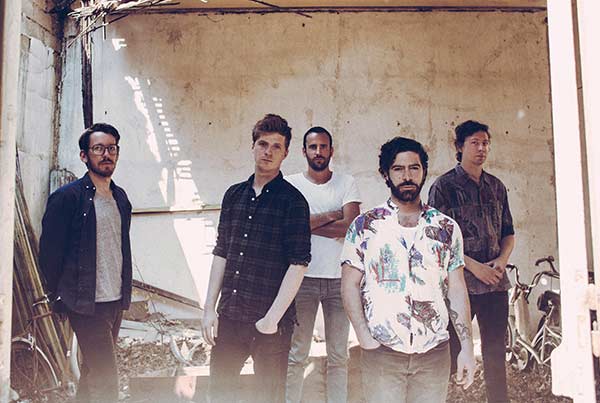 On an unseasonably warm night in March, 2013, within the August, hallowed walls of the Royal Albert Hall in London, something extraordinary happened. Five musicians took to the stage, launched into a song called Inhaler, and blew the roof off. For the 5,000-plus people who were lucky enough to be present that evening, the experience was more like a mass epiphany at a revivalist meeting than a gig. Foals whipped up a frenzy and sent it hurtling towards the audience, who gave it a shake and sent it hurtling right back. This was more than music. This was alchemy.
No sooner had Foals rounded off their world tour for the Holy Fire album with an incendiary headlining set at last September’s Bestival, than they were back in the studio to record their follow-up, For What Went Down. Recorded with James Ford (Arctic Monkeys, Florence + The Machine) in the same Provence village where, 127 years ago, the artist Van Gogh was hospitalised in a psychiatric ward after slicing off his ear, For What Went Down is radiant, roiling, roistering, rabble-rousing: this is music that is at once beautiful and hellish, euphoric and demonic. Yet again, it is more than music. For What Went Down is alchemy.

A one-off project that quickly evolved into a hip-hop superduo, Run the Jewels feature rappers El-P and Killer Mike. Formed after El-P produced Killer Mike’s 2012 album R.A.P. Music, the duo released Run the Jewels in 2013, an album credited to Killer Mike and El-P and released on Fool’s Gold. Critically popular and with a sizable fan base to boot, Run the Jewels quickly evolved into a going concern when their sophomore effort, RTJ2, landed in 2014. A crowd-funded remix version of the album with all music replaced by samples of cats was released in 2015 as Meow the Jewels. It featured guest appearances from Portishead’s Geoff Barrow, Dan the Automator, and Internet sensation Lil Bub. 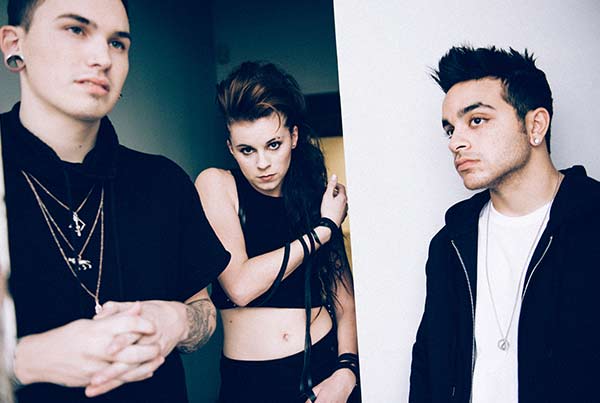 Formed in 2012 by singer Lyndsey Gunnulfsen, alt-rock trio PVRIS blend dreamy electronica with dark, beat-heavy rock. The Lowell, Massachusetts-based group also features former I Am the Fallen guitarist Alex Babinski and bassist Brian Macdonald. They delivered their self-titled debut EP in early 2013, building up their profile as a live act with some summer dates on the Vans Warped Tour and in the fall joining the Rise Up Tour with A Skylit Drive, Wolves at the Gate, and For All Those Sleeping. Teaming up with producer Blake Harnage (Versa), they entered the studio to work on their first album. In June 2014 PVRIS announced that they had signed with Rise Records, becoming the first female-fronted act on the famed metalcore label’s roster. Their debut album, White Noise, arrived in November of that year.

Los Angeles: a city of contrasts. On one hand, a metropolis of aspirations, a place which offers the transient a tantalising glimpse of glamour and permanence. On the other, many dreams drift away, deserted within an urban personification of unfulfilled ambitions. It might not seem like the most obvious place around which to theme an album for a band rooted in Liverpool (albeit via Norway in the case of bassist Tord Øverland Knudsen, or onto London for frontman Matthew ‘Murph’ Murphy), but that’s precisely what The Wombats have done with their third set Glitterbug, a collection which follows their top five hit This Modern Glitch.

When it came to recording, The Wombats changed course from the plan which dictated This Modern Glitch. Instead of collaborating with an army of star names, the majority of the album was recorded at Bastille producer Mark Crew’s studio in Battersea. Vitally, Crew exuded a calming influence to counteract the band’s shared collection of irrational neuroses.

Glitterbug certainly demonstrates that their efforts have resulted in the band’s finest album to date. Your Body is a Weapon – inspired by the sight of a disinterested pap snapping Harry Styles after an awards party – was first to emerge when it was released as a stop-gap sweetener to the band’s devoted fanbase. The rest of the album is just as compelling.

Despite the album’s focus on L.A. and the band’s growing geographical displacement, The Wombats remain a Liverpudlian band at heart. Tord and Dan still live there, with the band’s rehearsal room also in the locality. Similarly Murph is proud of his roots, despite plotting a move to Los Angeles in the longer term. “I’m actually excited about how much of an awful struggle I’m going to have to make it a reality,” he laughs. “It’s going to be great.”

For now, though, all thoughts are focused on the band’s return with Glitterbug. It’s taken a while due to the recording schedule, two solid years of touring as well as 2014 delivering yet another hectic summer schedule of European festival dates, but The Wombats are truly thrilled by the prospect of the wider world finally hearing it.

WILL AND THE PEOPLE

Will And The People, formed after meeting at the Glastonbury Music Festival in 2010. Based in the UK, the four-member band consists of lead singer, Will Rendle, drummer, Charlie Harman, keyboardist, Jim Ralphs and bassist, Jamie Rendle.

In May 2012 they released their self-titled debut album, which reached #28 on the Dutch Top 100 album charts. Their second album, Friends, did even better and reached #8 on the Dutch National Charts.

In 2013 they were hand picked by Grammy award-winner Jamie Cullum to support him at his concert in Bath and played multiple times on his radio show.

Their popular single “Lion In The Morning Sun” reached #3 on the Dutch National Charts. In 2014, they released their third album, Whistleblower, played a 12 date sold out tour of the UK and later played for the first democratically elected president of Nigeria, Olusegun Obasanjo, at the Royal Courts Justice in London. They have over 15 festivals confirmed for 2015.

They made their U.S. Debut in Hollywood, CA in October 2015. Less than a week later they have played in Santa Monica and Encinitas and are thrilled to have been invited to play at 91X’s holiday Wrex the Halls concert alongside legendary artists Jane’s Addiction.