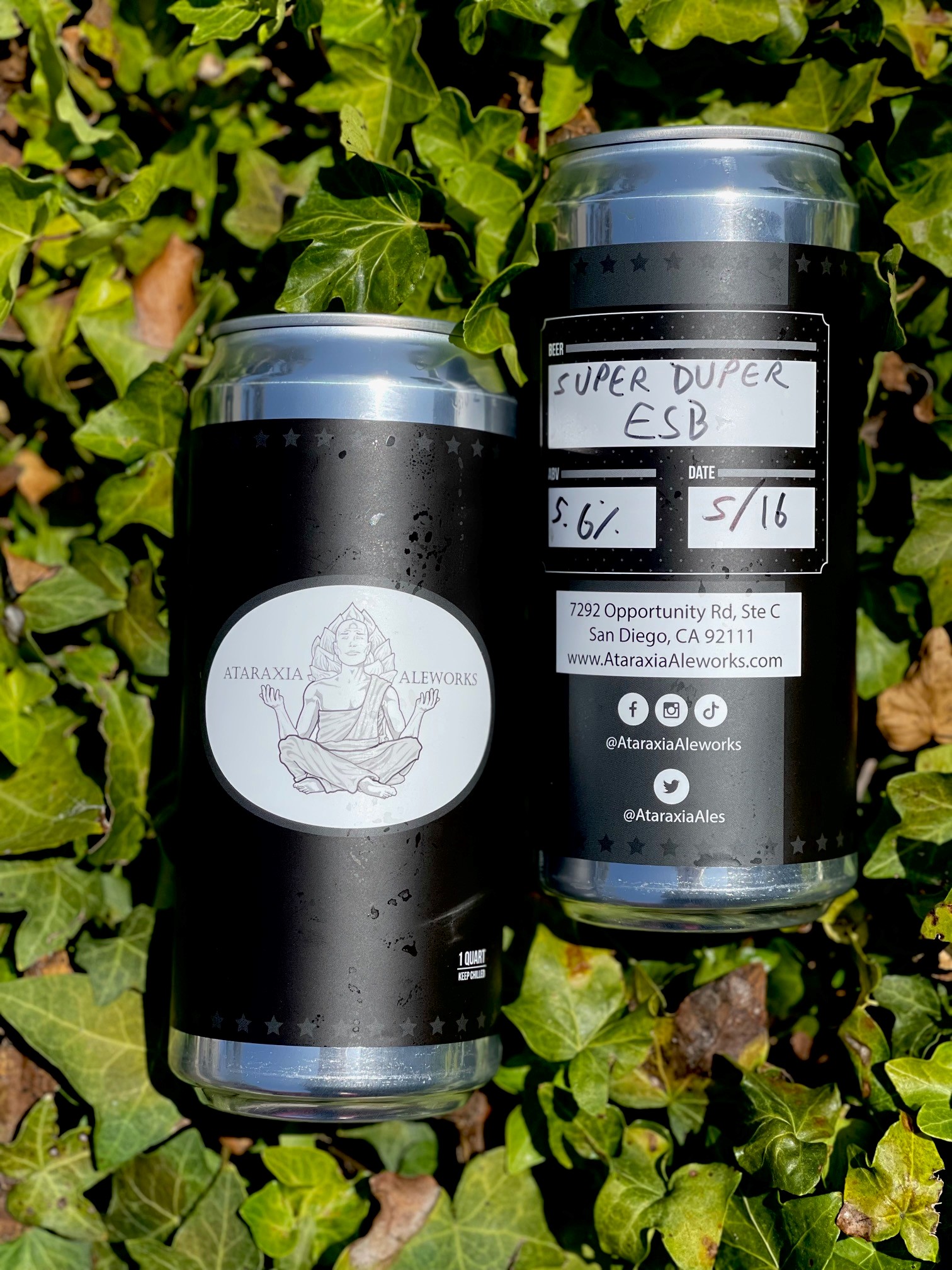 They start things off with Lekker Before Bier, a 5.3% ABV Belgian Pale Ale that has low body and a mild hop aroma with a fruity estery finish. They also had Super Duper ESB, a 5.6% ABV Extra Special / Strong Bitter that is well rounded with distinct malt flavor, balanced hop aroma, and bitterness.

Ataraxia Aleworks is located in Clairemont/Kearny Mesa right up the street from O’Briens Pub. Ataraxia Aleworks opened in 2021 and are celebrating their 1 year anniversary on Saturday, May 28th at the brewery and it’s going to be a party.  There will be four special beer releases in collaboration with some big name San Diego Breweries, live music with 2 local bands, corn hole, and a food vendor. The party starts at noon and goes til 11pm with the music starting at 5:30pm.