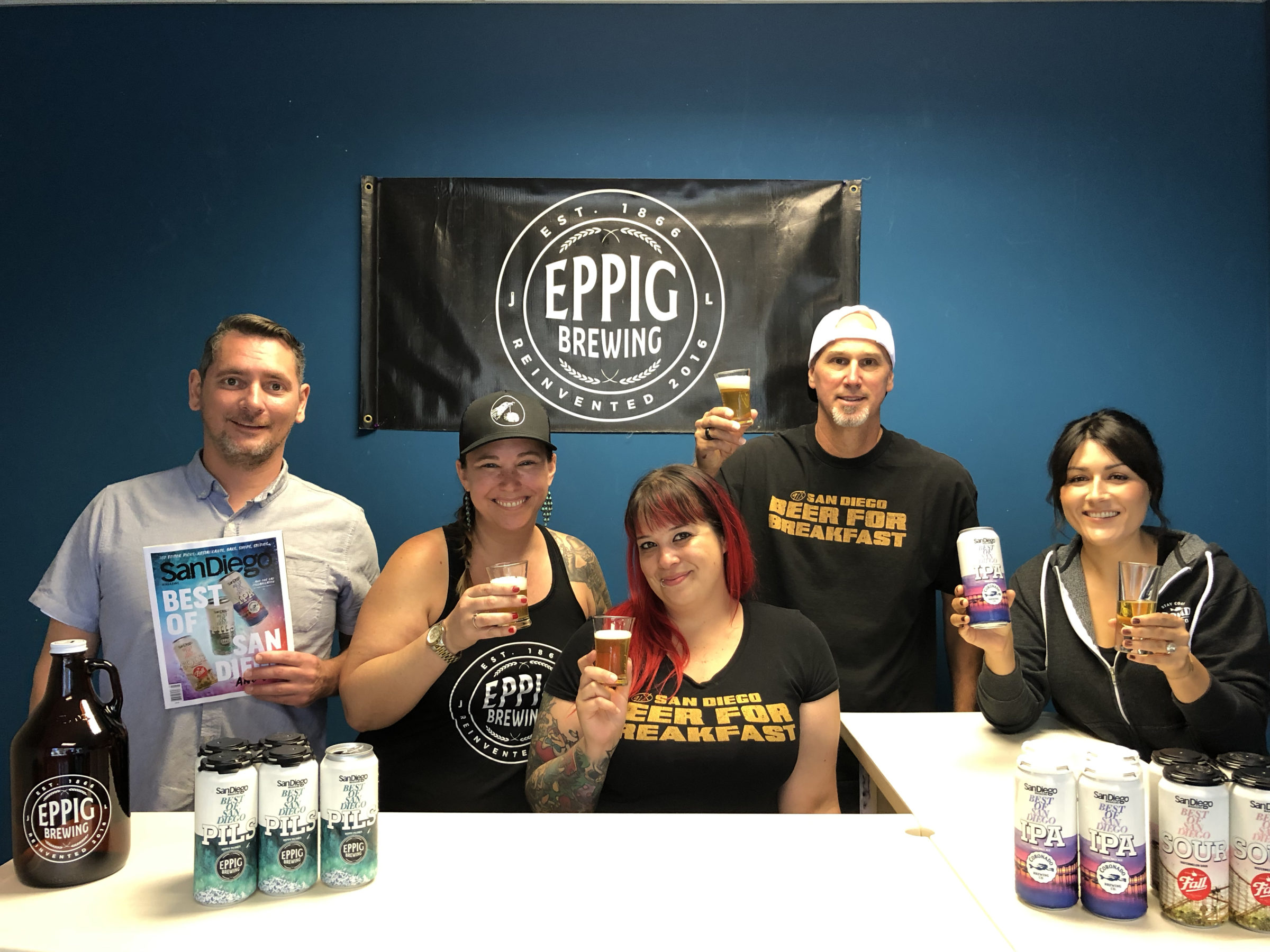 We all know and love San Diego Magazine and one of the best issues to come out each year is the Best of San Diego issue.

This year San Diego Magazine teamed up with 3 local breweries release a Best of San Diego series of beers. Eppig Brewing, Fall Brewing, and Coronado Brewing each took the lead on a style of beer with everyone participating on brew day. How cool is that?!

Dave digital media Guy at SD Mag, Abby sales manager at Eppig Brewing, & Melody VP of marketing at Coronado Brewing joined Danielle and Paul this week on Beer for Breakfast ABV to tell us all about this rad collaboration.

The Best of San Diego party is August 16 at Liberty Station and tickets can be purchase here.