Bladerunner star Joanna Cassidy in person; a special One on One interview 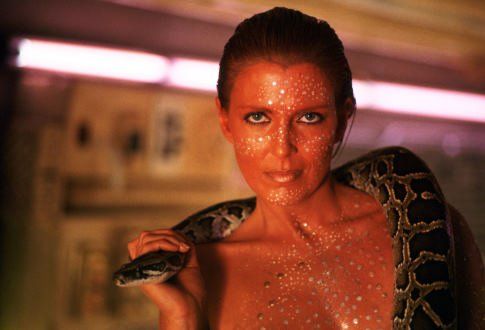 Joanna Cassidy visits the Oceanside International Film Festival on Sunday August 11th at 1:20pm. Come hear here stories of Hollwyood then and now and more about her experiences in Television and Film.

The very lovely and vivacious Joanna Cassidy is known for her roles as the replicant Zhora Salome in Ridley Scott’s film Blade Runner (1982) and Dolores in Who Framed Roger Rabbit (1988). She has won a Golden Globe Award for her resourceful portrayal of Jo Jo White, in the sitcom Buffalo Bill (1983). Cassidy was nominated for three Emmy Awards and was nominated for a Saturn Award and Screen Actors Guild Awards.

Joanna is well known for her Emmy-nominated recurring role as a quirky, capricious mother/psychiatrist in the cult cable series Six Feet Under (2001). Cassidy has recently been on the series TV series “Odd Mom Out” on Bravo for several seasons and “The Cool Kids”. Cassidy also has starred in films such as Under Fire, The Fourth Protocol, The Package, Where the Heart Is, Don’t Tell Mom the Babysitter’s Dead, Vampire in Brooklyn and Ghosts of Mars. Joanna’s ability to stretch across roles and genres for years is evident in her many Television roles that included popular shows, both comedic and dramatic, such as L.A. Law, Diagnosis Murder, The District, Boston Legal, Dallas, Trapper John, M.D., Taxi, Starsky and Hutch, Charlie’s Angels, Lou Grant (1977) and a recurring role on Falcon Crest (1981). Joanna will also star in the recurring role of Eloise in the critically acclaimed mini-series “Too Old to Die Young” on Amazon Prime Video created by Nicolas Winding Refn and Ed Brubaker which premiered in June 2019. The Oceanside International Film Festival is very honored to present “One On One w/ Joanna Cassidy” hosted by Carly Starr Brullo-Niles (Artistic Director OIFF/ Executive Director KOCT). find tickets at the door or at www.osidefilm.org