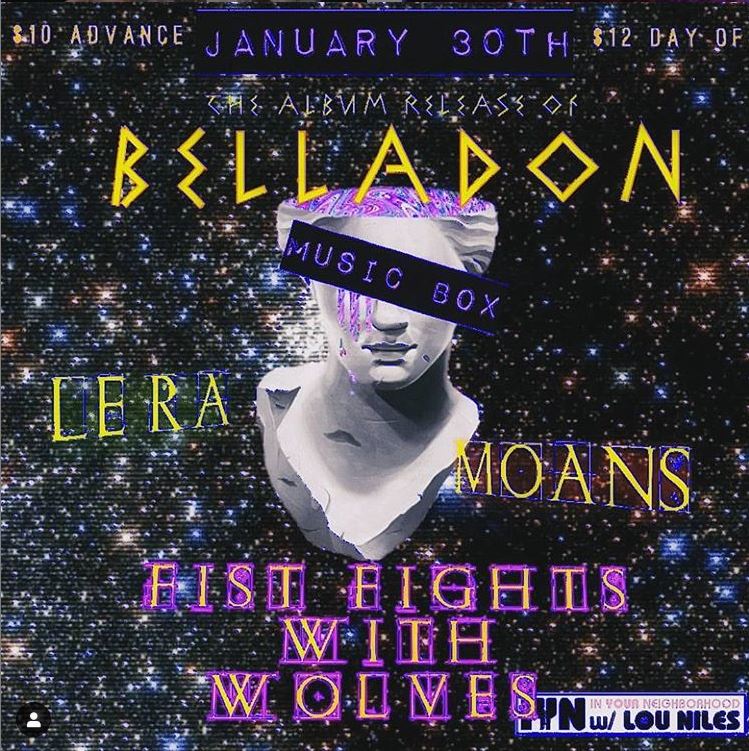 Supergroup Belladon is putting on an Album Pre-Release party down in Little Italy at stylish rock n roll venue, The Music Box on Thursday January 30th. Join me at In Your Neighborhood w/ Lou Niles steps into the Music Box to partner with Belladon on their special Pre-release party. Belladon has been the talk of the scene for sometime now but has only previously released a few songs. This album will mark their first full set and it has great somes that showcase what accomplished musicians, writers and vocalists they are. Belladon is fronted by stars Aimee Jacobs, Anastasya Karol and Heather Nation; I call this a super group because each of these women are stars in their own separate music projects. In fact Anastasya’s band FistFights With Wolves will also be playing . The line up includes two other great bands Le Ra and The Moans bringing their own cool brand of punk rock to the event. Belladon is rounded out by the gentlemanly rhythm section of Billy Petty on Drums and Alex Bravo on bass. Don’t miss this chance to get the album first and see four really great bands. Belladon, Fistfights with Wolves, Le Ra and the Moans play the Music Box 1337 India St. on January 30th, 8pm $10 in advance, $12 day of show.  check out Belldon in this video; click the link below;