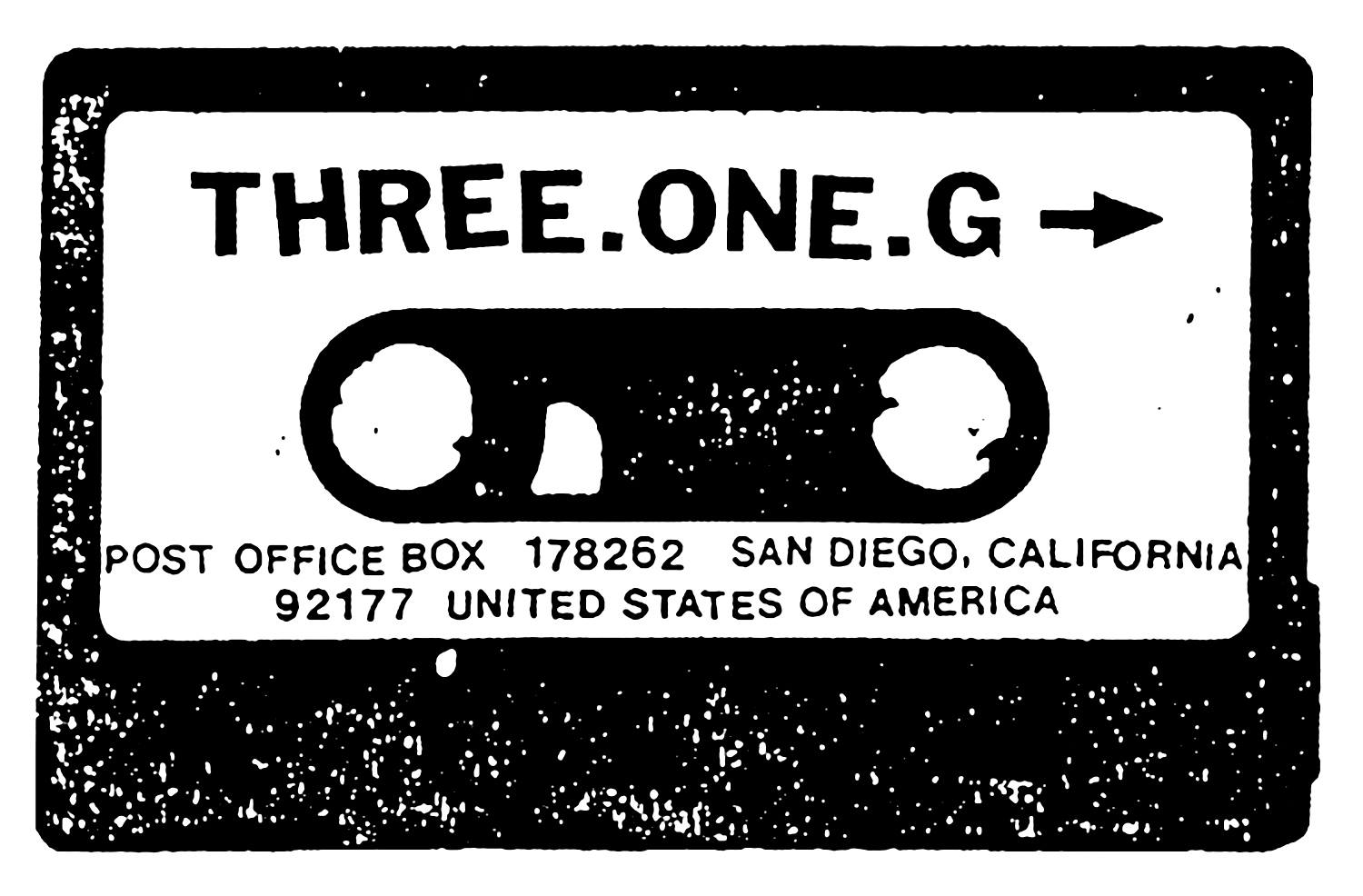 Congrats to Three One G on Twenty Five years of supporting the weird and unusual.  You have provided a safe place for many artists and fans…

The Three One G story:

Three One G is in a sense, a family owned business… and basically a family in itself. I started the label in hopes to better the quality and creativity of stuff that I was part of, as well as the music culture that I am part of. Three One G quickly developed into a family of artists who were all intertwined or on the same page as one another. For me, it is the truest definition of family; people who are of the same breed and people who are from the same way of life. In the beginning, I started off by releasing stuff by Swing Kids and Unbroken, both of which shared a member, and were part of a musical community that I was submerged in. It was something that I was really a part of and more so, something that was obtainable, tangible, and real. Over the years, Three One G has loosely been related to a band that I’m part of, The Locust. The relevance that The Locust has to Three One G, brought amazing artists into the picture, either meeting them on tour, musical collaborations, or other various things that The Locust was and is doing. This really helped to diversify the label and the sounds that it encompasses up to this day. To me, having bands under the Three One G umbrella like Cattle Decapitation, Arab on Radar, Quintron, Zs, Black Dice, Orthrelm, and so on, all makes sense, regardless of how different any artists approach to music or their sound may be. We could all conceivably tour together, even sometimes collaborate and share members. To me, this is interesting, bringing so many new avenues of creativity, which are things that the music industry in general has since forgotten.

The family members who currently make the wheels spin for Three One G aside from the actual bands and artists are; Sal Gallegos (who also played in Some Girls), Marcus D’Camp, Brandon McMinn, Daniel Canto, Amber Treadway, as well as myself. Over the years we have expanded, not only musically, but geographically. Even though Three One G is below the radar of major labels, the bands manage to grow and reach out beyond the label’s grasp, giving a glimpse into the all too interesting underbelly of an unrefined culture. The bands manage to amaze, challenge, inspire, and essentially blow minds. The labor of love here shows sincerity, as well as integrity. The family here is solid, legitimate, and relevant.
– Justin Pearson