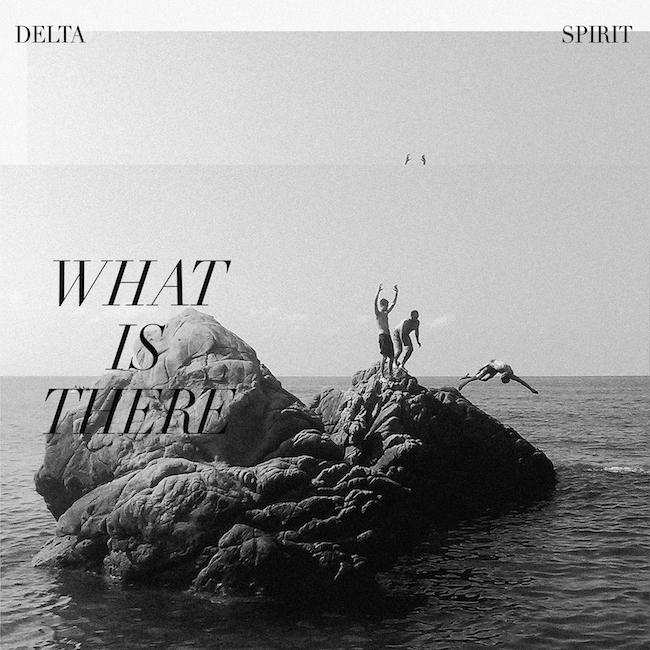 So glad they are back!  They were just a little local band when I first started booking them…

Delta Spirit are set to return with their first album in six years, What Is There, on September 11th, 2020. The 10-song set was produced by the band and mixed by Tchad Blake (U2, Black Keys). Their New West Records debut follows their acclaimed 2014 studio album Into The Wide, which Uncut said Delta Spirit “… progressively unleash waves of measured ferocity… toward payoffs that are staggering in their intensity.” What Is There was recorded at Sonic Ranch outside of El Paso, TX and is dedicated to the memory of their friend and musical inspiration, Richard Swift.

Check out the video for the first single, “How Bout It.” The powerful, cinematic video was directed by Michael Parks Randa and shot during the Covid-19 pandemic at over 30 locations throughout North America. After speaking with roughly 70 cinematographers to learn about their particular circumstances, Randa directed 30 individuals across the country to safely document an intimate portrait of Americans in isolation. Randa said “The result is a celebration of the collaborative spirit of film making, a successful experiment in safely navigating production during the pandemic, and a mosaic of America during this time.”

Formed in Southern California in 2005, Delta Spirit took an extended break after supporting their acclaimed effort Into The Wide. “In 2015, we were getting along like family gets along,” admits frontman Matthew Logan Vasquez. “That means sometimes we didn’t like each other too much. We were just growing apart. When we took a break and the band stopped, the friendships got an opportunity to come back.” He offers, “Personality-wise, our band is five contrarians trying to agree on an idea. When your similarity is that you’re contrarian, it’s tough. But when things work out, it’s incredible.”
Over the past six years, Matthew Logan Vasquez has released and toured behind three celebrated solo albums, multi-instrumentalist Kelly Winrich launched a career as a producer (Nathaniel Ratefliff), while bassist Jonathan Jameson, guitarist Will McLaren, and drummer Brandon Young collaborated and toured with Sam Outlaw, Mikky Ekko, the Los Angeles band Muna, among others. The band members now call Manhattan, Brooklyn, Los Angeles, Austin, and Montreal home, and reconvened in Brooklyn, NY for a jam session in 2018. Vasquez says, “When we played together, we found the same joy and took it deeper.”
Delta Spirit not only return, but move forward together on What Is There. They wrote and recorded from a new place informed by maturity gained by their journey, break, and reunion. They locked into the process together and eventually found the sweet spot where they were all on the same page. Vasquez says, “I’m really proud of our body of work, but especially proud of where everybody has gotten to now. I have a lot of hope for us. I’m grateful for everyone in this band. There’s a lot of raw honesty in the music. It’s a record for right now, instead of pandering to the past. It’s the next step.” As much as What Is There reflects their journey thus far, it also ushers them into new territory as both musicians and, most importantly, friends.
The band have also announced rescheduled dates from their 2020 Reunion tour, which features multi-night runs at their favorite venues across the country. While many dates are sold out, Delta Spirit plan to announce additional performances in conjunction with the record release in September. Fans are encouraged to visit local venue sites in case additional tickets become available for the dates announced below.
What Is There will be available across digital platforms, on compact disc, and standard black vinyl. A limited to 500 Clear with Black Marble Vinyl Edition will be available at Independent Retailers, a limited to 350 Coke Bottle Clear & White, Hand-Poured Color Vinyl Edition will be available exclusively through the Magnolia Record Club, while an exclusive Opaque Yellow & Black Marble Vinyl edition is available for Pre-Order NOW via NEW WEST RECORDS.